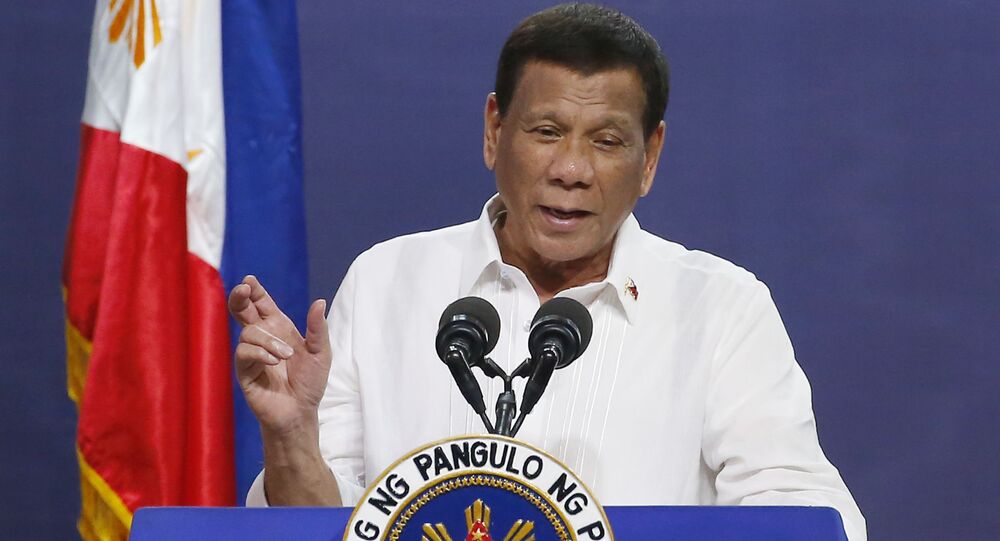 In recent weeks, the Philippines’ bombastic president has said that doctors, nurses and attendants who have died battling the coronavirus outbreak were “lucky” to have “died for the country,” while threatening to “bury” violators of strict quarantine measures.

Philippines’ President Rodrigo Duterte offered an unusually tranquil and peaceful appeal to Catholic believers on Sunday, urging them to find strength in the message of the Biblical story of Christ’s death and resurrection.

“May this occasion fill us with gladness and enable us to find solace and strength in the narrative of the Resurrection. I trust that its message of forgiveness will inspire us to live our days with gratitude and humility, with further acts of kindness and charity to our families, friends, and those who are most in need,” the president said in a statement on the day Western Christian denominations around the world celebrate Easter.

According to Duterte, the story of Jesus’s resurrection provides “hopeful assurance that, even as we face adversities, there is always hope of better and new beginnings.” “Let this day bring us all profound happiness and purpose as we join hands in shaping a better and brighter future for the entire nation.”

The president’s message comes as the Philippines’ Catholic believers were forced to forego traditional Holy Week activities amid concerns from medical professionals that observances could lead to a rise in COVID-19 infection rates.

Duterte’s message was unusually calm for the ordinarily brash and outspoken leader, who is known for his profanity-laced tirades against politicians, opponents, drug lords and even Pope Francis, whom he called a “son of a whore” in 2016. A regular critic of the Catholic Church, Duterte, himself a baptized Catholic, has also accused a priest of molesting him, called God “stupid” and “a son of a bitch,” attacked bishops as “useless fools” and mocked Jesus’ Crucifixion as “f*** unimpressive.”

Despite these outbursts, however, Duterte enjoys an approval rating of over 80 percent, with this attributed to his government’s efforts to fight poverty and drug barons, and the country’s recent success  hosting the Southeast Asian Games.

Despite its proximity to China, the Philippines has so far managed to keep COVID-19 infection rates relatively low, with some 4,600+ cases and 297 deaths reported as of Sunday, even as media report problems with medical supplies and lack of hospitalization.

Manila has locked down the large northern island of Luzon, the country’s most populous island and the country’s economic and political center, until April 30. Lockdown measures have also spread to parts of the islands of Visayas and Mindanao.