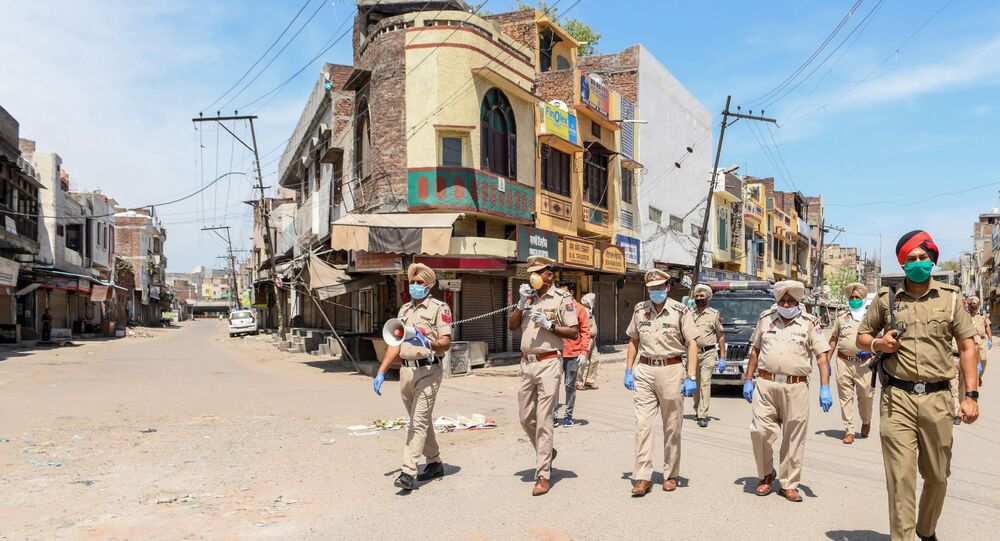 New Delhi (Sputnik): While police are on duty enforcing a 21-day lockdown in India amid the coronavirus crisis, there have been an increasing number of attacks on officers.

In a shocking incident in the Indian state of Punjab, a police officer’s hand was chopped off and several others were left injured in an attack carried out by "Sikh warriors" on police personnel who were on duty enforcing the lockdown on Sunday.

The video shows the violent troublemakers ramming their vehicle into the barricades and attacking the policemen; suddenly one of the purported Sikh men dressed in a black robe gets down from the vehicle and chops off the hand of senior police officer Harjeet Singh, who fell onto the road, crying with pain.

WARNING: The Following Video is Graphic and May Offend Sensibilities

Barbaric. The moment few sick beasts attacked Punjab Police in Patiala and cut off left hand of an ASI Harjeet Singh after breaking Police barricades in lockdown. Attackers fled from the spot and are hiding in Gurudwara. Efforts are on to arrest. This is ATTEMPT TO MURDER 4 cops. pic.twitter.com/Wtt6QfnBD0

Nihangs are Sikh warriors who carry traditional weapons such as swords and dress in lose robes.

Seven members of the Nihang group have already been arrested. The official further informed that a team of top plastic surgeons from the medical institute are conducting surgery on ASI Harjeet Singh.

According to the police, a group of 4-5 "Nihangs" had been asked to stop at a vegetable market and show their curfew passes at 6:15 a.m. IST. However, they rammed their vehicle into the barricades and attacked police personnel on duty.

Indian Prime Minister Narendra Modi imposed a 21-day lockdown in the country which came into effect on 24 March at midnight. The shutdown provisions are likely to be extended after the heads of various states in the country advised prime minister Modi in a high-profile meeting on Saturday.