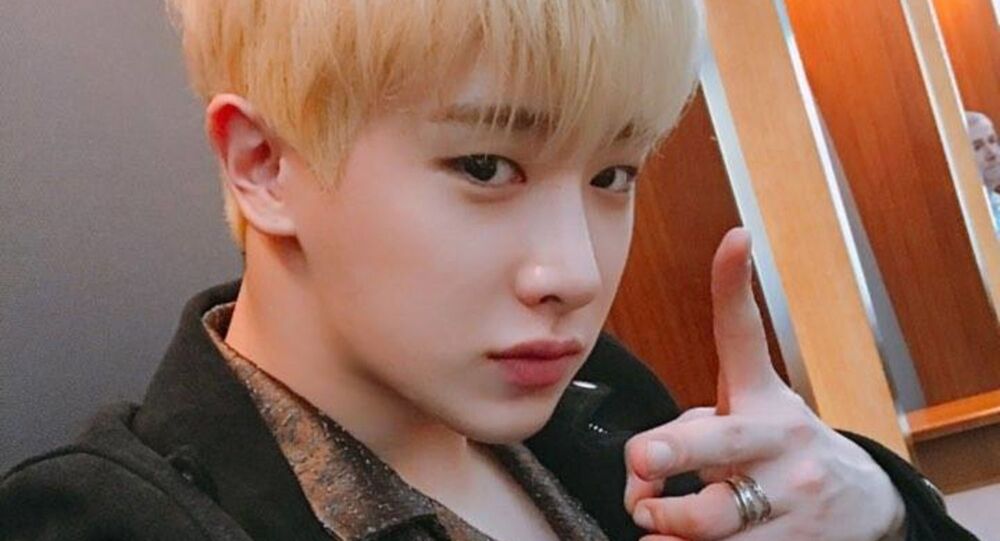 After the idol was cleared of drug charges earlier in March, he signed an exclusive contract with a new label.

Highline Entertainment recently signed an exclusive contract with Wonho (real name Lee Ho-seok), the agency confirmed on 10 April. The agency will promote the former leading vocalist of K-pop boy band Monsta X as a solo artist and producer. Soon after the announcement, official Twitter and Instagram accounts as well as a fan cafe for the new soloist were opened.

Highline Entertainment is a branch of Starship Entertainment, which is in charge of Monsta X; the label manages artists like DJ Soda and PLUMA. Wonho, who has demonstrated his talent in writing lyrics and composing songs as a member of Monsta X, also commented on the announcement saying that he deeply reflects on his past behaviour and he is very thankful for the opportunity to start his career again and for the fan support he was given all this time.

Monbebes (the official name for the Monsta X fandom) ready to support favourite member as a soloist.

monbebe running to go follow Wonho on all his social media accounts.pic.twitter.com/kIseyd15gw

​Wonho suspended his career in 2019 as a member of the popular K-pop band Monsta X and Starship Entertainment terminated his contract amid a scandal which erupted after an individual claimed he had witnessed the idol smoking marijuana in 2013. The investigation into the case lasted five months before Wonho's internal investigation was concluded on 10 March, finding no evidence of drug use.