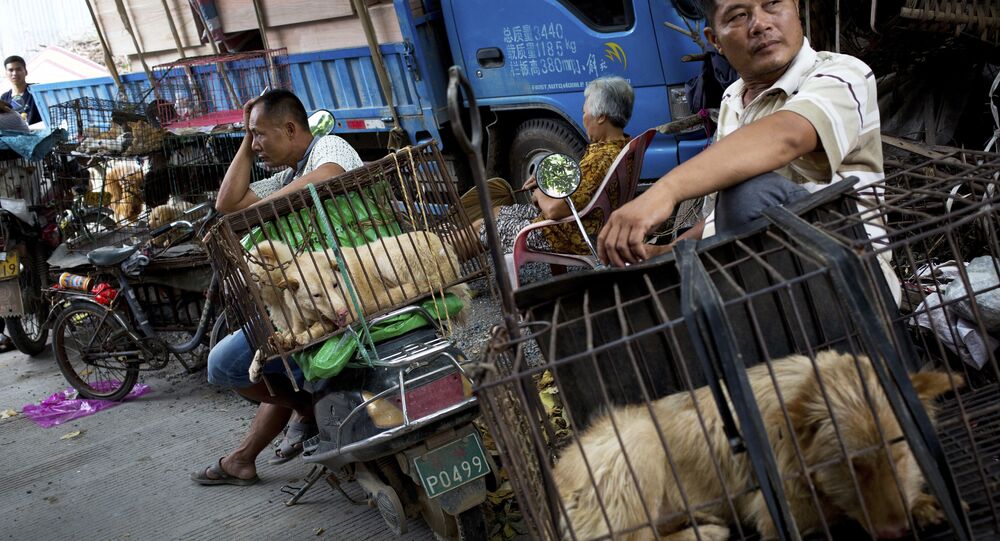 China to Cross Dogs Off Livestock List Amid Coronavirus Pandemic

BEIJING (Sputnik) - The Chinese Ministry of Agriculture has posted a regulation online saying dogs should be considered pets and companions, rather than livestock.

"As human civilization progresses and people are increasingly aware of human rights, the status of dogs has changed from traditional livestock to companions and pets. They are not considered to be livestock internationally and neither should China do it," the document read.

The change in the guidelines, up for public debate for a month, comes in response to the global spread of a new coronavirus, suspected to have originated at a wet market in Wuhan, which traded in live animals.

Dog meat is still seen as a delicacy in some parts of China but its popularity has been falling, while dog consumption is being increasingly criticized by pet lovers at home and abroad. The annual dog meat festival in Yulin has faced repeated calls to be shut.

The new regulation lists 18 "traditional" livestock species, such as pigs, cows, sheep, camels, chickens and doves, as well as 13 "special" species, such as alpaca and foxes, which are allowed to be bred for their fur and other export produce.