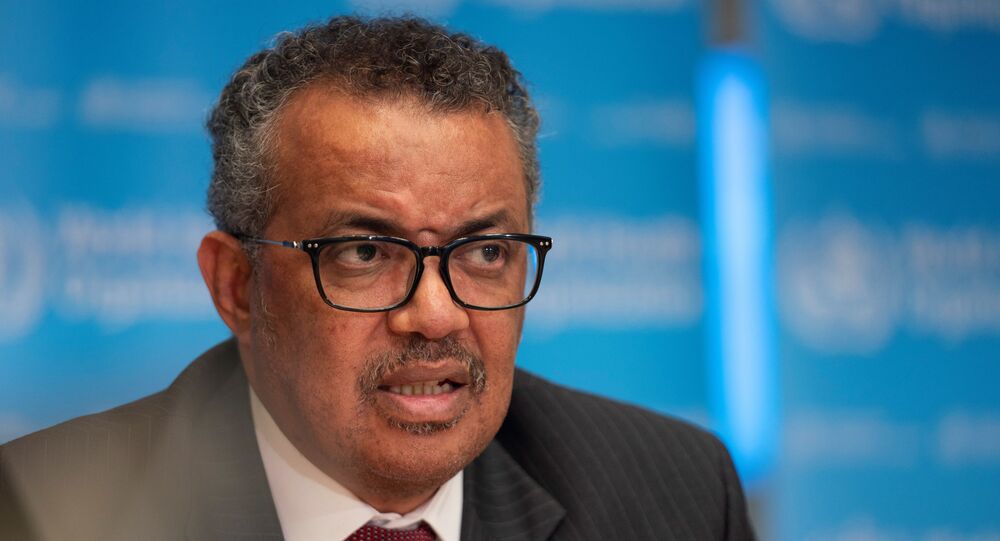 Earlier, the World Health Organisation's chief claimed that he has been subject to racial abuse from Taiwanese officials.

Taiwan has rejected accusations made by the WHO Director-General Tedros Adhanom Ghebreyesus, in which he claimed that he had become a target of racial abuse from Taiwanese officials.

The country's foreign ministry has demanded an apology from Mr Tedros.

"Without having checked the facts, Tedros’s unprovoked and untrue accusations not only differ from reality, they have also seriously harmed our government and our people... This kind of slander is extremely irresponsible,” the ministry said in a statement on Thursday.

Earlier this week, the WHO chief, who is a former Ethiopian health and foreign minister, said that since the start of the coronavirus pandemic, he has been receiving death threats and was called a "negro".

"Abuses, or racist comments, giving me names, black or Negro. I’m proud of being black, proud of being Negro...I don’t care, to be honest ... even death threats. I don’t give a damn,” Tedros said.

He added that the first attack came from Taiwan three months ago.

"We need to be honest. I will be straight today. From Taiwan,” he said. "And Taiwan, the Foreign Ministry also, they know the campaign. They didn’t disassociate themselves. They even started criticising me in the middle of all that insult and slur, but I didn’t care," the WHO chief said.

Taiwan's President Tsai Ing-wen expressed "strong protest" against the allegation that Taiwan was behind the campaign of abuse.

Relations between Taiwan and the WHO have been tense since the coronavirus pandemic began, with Taipei complaining that the global health watchdog allegedly did not pass its data on the number of COVID-19 cases to other member states. The WHO responded by saying that it did not overlook Taiwan's contribution to the global fight against the disease.

Although the government of Taiwan was a founding member of the United Nations Organisation, in 1971 China took its seat in the body as well as in all subordinate organisations such as the WHO.