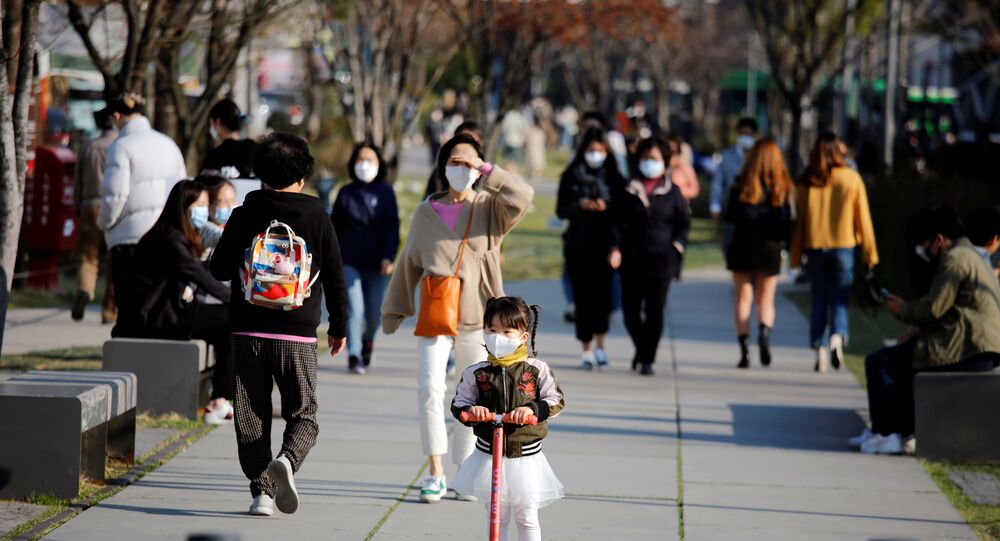 The South Korean government is mulling the introduction of electronic bracelets that connect to one’s phone and would allow authorities to better track the movements of people ordered to self-quarantine due to the COVID-19 novel coronavirus.

While South Korea has made much progress in slowing the spread of the novel coronavirus, there are still 46,566 individuals currently under self-quarantine orders - which officials increasingly fear that many may be violating, according to the Korea Times.

"Self-quarantine is very important to stop the spread of the coronavirus. And for the most part, people comply well with the self-quarantine rules. But some have violated the rules and left their homes, and this is forcing the government to take action," senior health ministry official Yoon Tae Ho said on Tuesday during a daily meeting on COVID-19 in Sejong, South Korea.

"The tagging bracelets is one of many methods which the government is seeking to introduce to keep people under self-quarantine staying where they are until the self-isolation period is over.”

Presently, the South Korean government tracks those individuals through their cell phone’s GPS function. However, implementing the bracelet would make it harder for individuals to attempt to trick the tracker by just leaving their phone at home.

"Basically, the bracelets will connect to cell phones through Bluetooth, and when the distance between the phone and the bracelet gets too far, it will sound an alarm,” one unnamed government official explained, as reported by the Korea Times.

According to the outlet, police had identified a total of 75 individuals who violated self-quarantine, as of April 7. Two of the violators happened to be a couple in Gunpo, Gyeonggi Province, who left their cell phones at home and went to a variety of public places over five days, including an art museum, a gas station, restaurants, a school and other shops.

On Monday the Korea Center for Disease Control and Prevention (KCDC) announced 47 new confirmed cases of COVID-19 in the country, resulting in a total of 10,331 infections.

The KCDC also revealed on Monday that 51 individuals from the city of Daegu and the nearby North Gyeongsang Province had tested positive for the virus once again following their release from quarantine. KCDC Director-General Jeong Eun Kyeong noted that it is possible that the virus was reactivated within the individuals, reported South Korean news agency Yonhap.

Video: US Police Use Siren From ‘Purge’ Horror Movie to Signal Start of COVID-19 Curfew