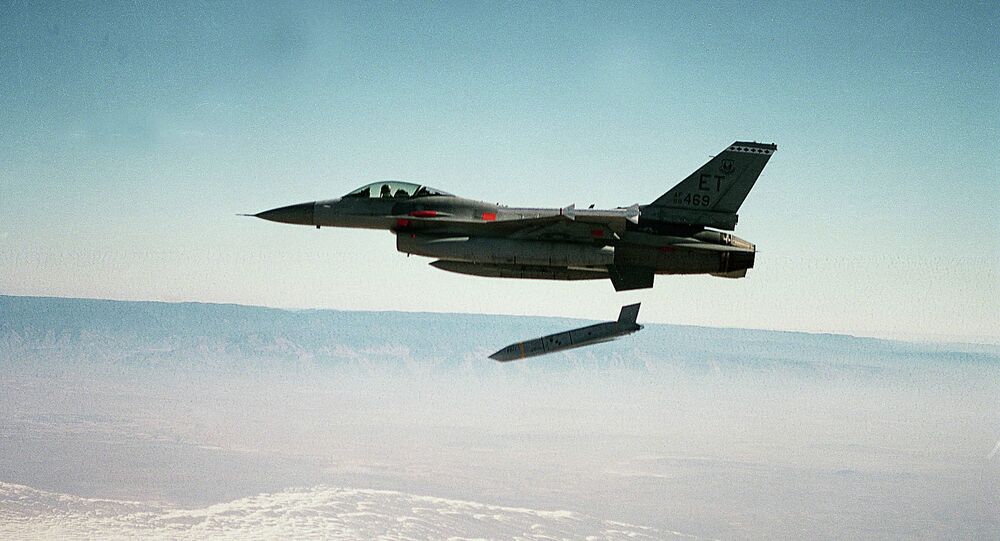 The Afghan Taliban militant group has warned that the peace deal signed with Washington in Doha, Qatar, is at severe risk by “repeated violations” of that agreement in the form of US airstrikes. However, the Pentagon has denied its responsibility for the attacks.

A Taliban spokesperson told Spanish news agency EFE in Kabul on Sunday that the peace deal signed with the US in February and adopted in early March was placed at serious risk by US airstrikes against the militant group, as well as the failure of the Afghan government to live up to promises made by Washington.

"If such violations continue, it will develop an atmosphere of distrust and will not only harm the agreement, but will force Mujahidins [Taliban fighters] to react and respond that will increase the level of violence" in the country, the statement continued.

However, the group also noted that it did not sign a peace agreement with the Afghan Security Forces, with whom it has continued to exchange fire even as the grounds for peace talks with Kabul become shakier by the day.

"As per the signed agreement, until there is a separate agreement with the Afghan sides [government] and a comprehensive ceasefire is agreed upon, until that time the Islamic Emirate can carry out attacks against all military facilities and bases of the Kabul administration, both in urban and rural area[s]," the Taliban statement said.

US Army Col. Sonny Leggett, the spokesperson for US Forces - Afghanistan (USFOR-A), tweeted on Sunday that US forces have continued to uphold their end of the agreement, adding that “any assertion otherwise is baseless. USFOR-A has been clear - we will defend our ANDSF [Afghan National Defense and Security Forces] partners if attacked, in compliance with the agreement.”

The TB must reduce violence. A reduction in violence is the will of the Afghan people & necessary to allow the political process to work toward a settlement suitable for all Afghans. We once again call on all parties to focus their efforts on the global pandemic of COVID-19.

“The TB [Taliban] must reduce violence,” he continued. “A reduction in violence is the will of the Afghan people & necessary to allow the political process to work toward a settlement suitable for all Afghans. We once again call on all parties to focus their efforts on the global pandemic of COVID-19.”

While the Pentagon has admitted to no attacks on Taliban forces since early March, Afghan airstrikes have continued. On Monday, Khaama Press News Agency announced that “a series of airstrikes” in Uruzgan and Zabul provinces had killed or wounded dozens of Taliban fighters, just the latest exchange of fire between the two forces.

The Taliban, however, has attributed this attack to US forces, Sputnik reported.

Peace talks were expected to begin between the Taliban and Kabul government shortly after the US-Taliban peace deal was signed, but they have since stalled. The Taliban, overthrown by the US invasion in 2001 that installed the present Afghan government, believes that government to be illegitimate and has for the past 19 years refused to negotiate with it.

The release of 5,000 jailed Taliban fighters in exchange for 1,000 ANDSF prisoners was supposed to be a precondition for the beginning of those talks, but the administration of Afghan President Ashraf Ghani has wavered on that promise, instead offering a slow release of Taliban prisoners in batches.