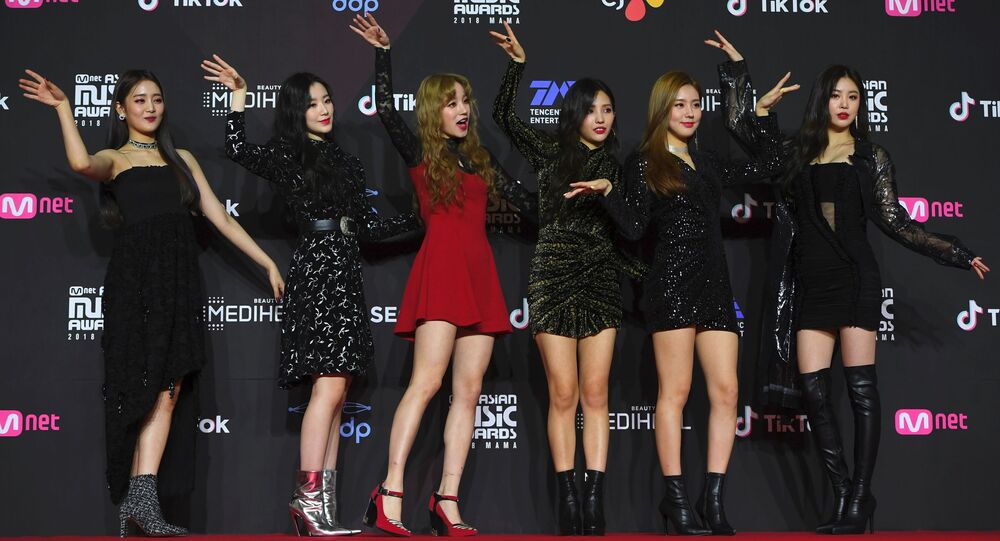 The title song of the new album is written by the leader of the band, Soyeon.

Fans of the rising K-pop girl band (G)I-dle are trending tags of support on Twitter after the title track "Oh My God" from their 3rd mini-album "I Trust", was released on 6 April.

The music video combines mystical visuals with an urban hip-hop genre and an intense rhythm, expressing the message "I can be confident just by believing in myself".

The song is composed by (G)I-dle leader Soyeon, who is already recognised as a producer. Creating a unique genre, and presenting an off the beaten path performance - (G)I-dle are telling a new story in the history of K-pop.

Right after the release, the promising rookies held an online premiere with fans to prevent the spread of COVID-19 and practice social distancing.

What kind of song <Oh my god> is about?

Soyeon: This song has reversal/twist in it. It is a song that compares love to the process of believing in me while facing reality.#GIDLE_OMG pic.twitter.com/992A6xn39i

The band had already given a hint of the angelic-demonic concept to fans in a behind the scene video released on their YouTube channel a couple of days before the release.

Fans went nuts over the new concept and are trending their favs worldwide.

This rocks for lesbian anthem of the year. Make sure to stream❤️@G_I_DLE #GIDLE #Ohmygod #gidle_omg https://t.co/QKRuwhkZwx

#GIDLE_OMG is gay and i refuse to let the hets have it. fu ck you pic.twitter.com/hnKTUOScKl

They knows guys, they know about the chart and sales IM ABOUT TO FCKING CRY 😭😭😭😭😭😭😭#GIDLE_OMG pic.twitter.com/KWRw2E59RI

​(G)I-dle is praised and recognised as the first "self-produced" girl group to break the stereotypes of idol girls. The bandmates took an active part in the songwriting, composition, choreography, and other aspects of their album. Debuting under Cube Entertainment in 2018, they have since gained respect and recognition and thousands of fans.