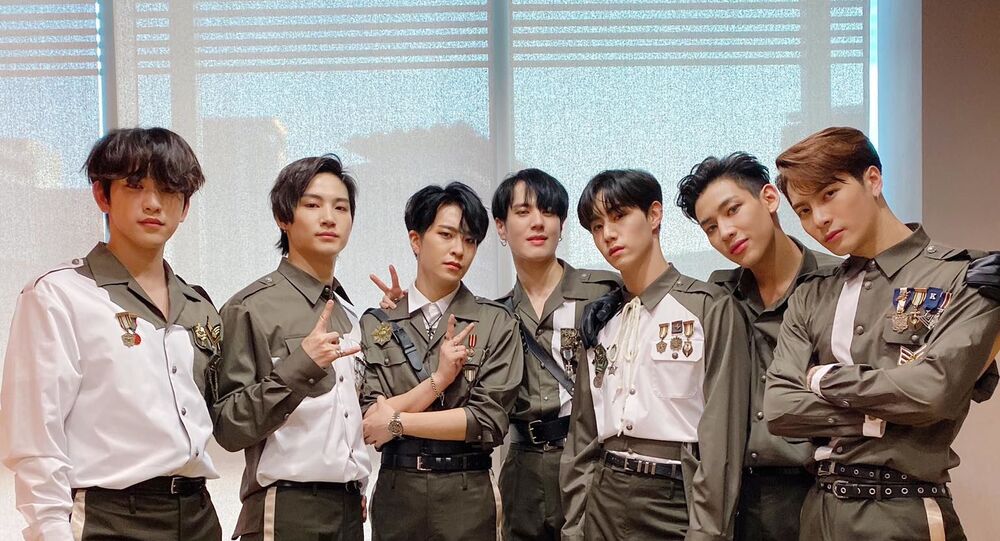 The boys have confessed their love for their fans in the style of William Shakespeare.

K-Pop boy band GOT7 shared on 5 April a cinema trailer for their upcoming track "Not by the Moon" with quotes from the immortal “Romeo and Juliet”.

In the teaser, a woman's voice reads the famous 'O, swear not by the moon, th' inconstant moon' lines from Act 2 Scene 2 of William Shakespeare's tragedy.

The MV is set to be released on 20 April.

Though further details of the comeback of the talented group, with stadiums sold-out,  are unknown, it is highly anticipated. It will be the first comeback in 2020 following the release of "You Calling My Name" in November of last year.

The members, however, have not been lounging around without activities: Chinese member Jackson Wang released his "100 Ways" last month, which topped iTunes charts in a total of 35 countries shortly after release. Another member, Jinyoung, has a role in the upcoming tvN drama 'When My Love Blooms', while Thai member BamBam has also been busy with numerous advertisements in his native country.

Ahgase (the official name for the GOT7's fans) were exhilarated by the confession of their favourite band.

This scene really gives me goosebumps

So we’re Juliet and GOT7’s Romeo?

I WISH I WAS YOUR BIRD

I can’t stop watching it! Any way to stop???

It will be my fav movie ever 😭💚 #GOT7 #GOT7_DYE#GOT7_NOTBYTHEMOON
pic.twitter.com/FayusoHwBg