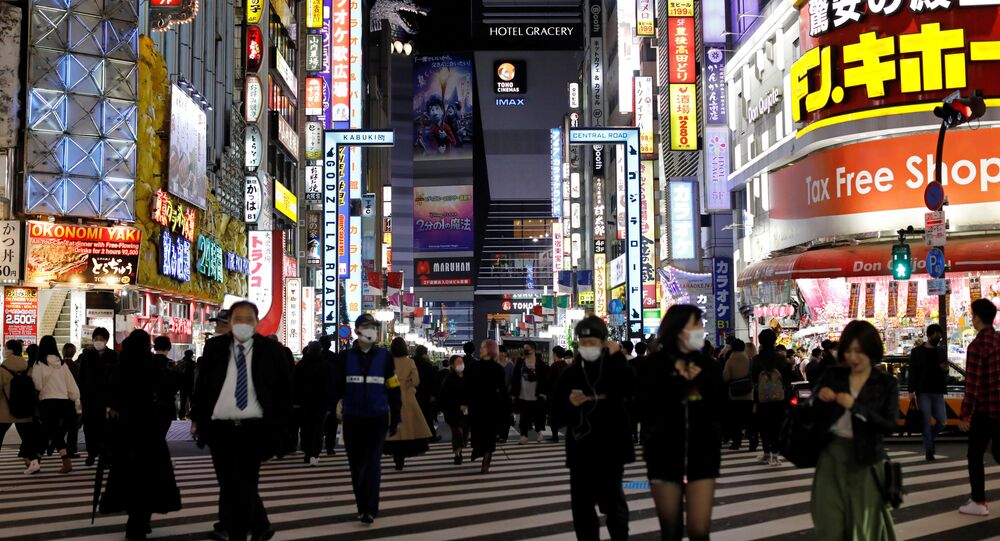 Are Sex Workers a Driving Force Behind Many Corona Cases in Tokyo's Kabukicho District?

A soaring number of coronavirus cases has been registered in Tokyo's Shinjuku Ward, home to the world-renown red-light district Kabukicho, posing questions to local authorities.

The mayor of Greater Tokyo's Shinjuku Ward, Kenichi Yoshizumi, urged local residents this week to refrain from using the services of sex workers in Kabukicho district due to fears that their trade was spreading coronavirus, Japan News reported.

A large number of infections, which have been soaring in the ward since late March, prompted authorities to launch a probe into the matter, and they discovered that many of the corona-stricken patients were working in sex industry, operating in clubs and other establishments where contact with customers remains particularly close. Another segment of the population which had suffered a large number of infections was, unsurprisingly, their male clients.

However, many sex workers refused to specify who they were in contact with, thus making it even more difficult for Japanese authorities to trace the ways of the virus’s transmission.

© CC0
Coronavirus Tip for Sex Workers: Reverse Cowgirl Yes, Missionary No
So far, Kenichi Yoshizumi, as cited by the South China Morning Post, said that the local hospitals were on the verge of being “overwhelmed”, as more than 2,500 coronavirus cases have been reported in Japan, mostly in Tokyo, according to the data provided by Johns Hopkins University on 3 April. The Japanese government also revealed that 40% of the patients that have been registered as having contracted the virus in the capital in the last several days, including in Kabukicho district, are aged between their late teens and forties.
...
Reddit
Google+
Blogger
Pinterest
StumbleUpon
Telegram
WhatsApp
81
Tags:
coronavirus, COVID-19, Tokyo, sex workers, Japan
Community standardsDiscussion
Comment via SputnikComment via Facebook