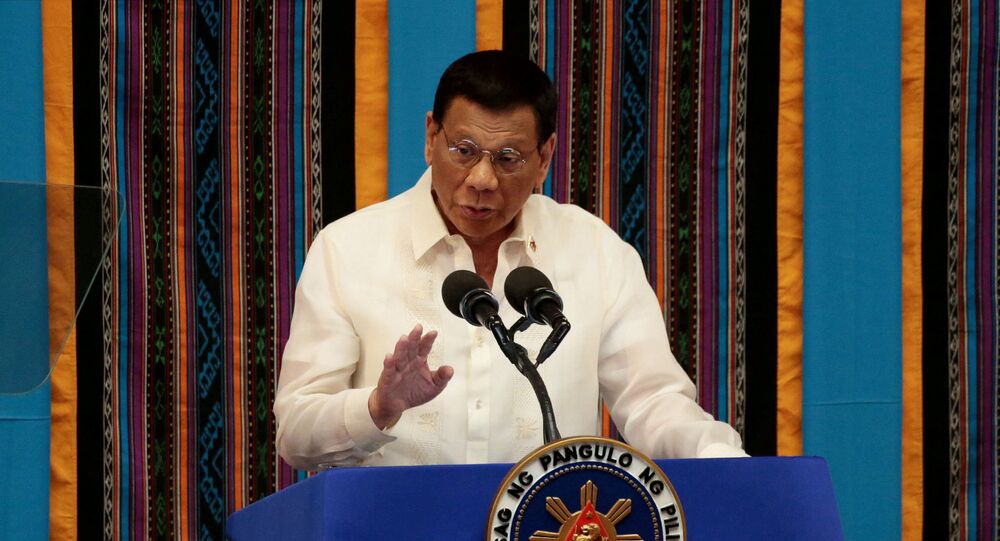 There have been over 2,300 COVID-19 cases and 96 deaths reported across the Philippines since the outbreak began, and the government has put most of the country under “community quarantine” – essentially a lockdown – to try and slow the spread of the infection.

Philippine President Rodrigo Duterte has threatened to crack down on those who violate the government-mandated restrictions on movement and mass gatherings.

“I will not hesitate. My orders are for the police, the military and the villages, in case there’s trouble and there’s an occasion where they fight and your life is threatened, shoot them dead,” Duterte said in a televised address to the nation on Wednesday.

“Do you understand? Dead. Instead of causing chaos, I will bury you.”

The speech was aired just hours after police arrested 21 people for protesting without permission in one of the country’s largest cities, Quezon. They were part of a 150-strong demonstration in a poor community that was demanding food and financial assistance, according to police reports.

Duterte blamed the left-leaning urban poor group Kadamay for instigating the protest. “Remember, you leftists: You are not the government,” he added. “Do not go around causing trouble and riots because I will order you detained until this COVID [outbreak ends].”

The president said that he had received complaints that officials in charge of distributing coronavirus relief assistance (mostly cash and food packs to low-income households), had been cutting that aid. He announced that Social Welfare Secretary Rolando Bautista, a former military general, would take charge of that role now.

The Philippines has registered 2,311 COVID-19 cases as of Wednesday, including 96 deaths and 50 recovered patients.

Duterte on 16 March placed the Philippines under a state of emergency for six months, a measure that boosted the power of the executive branch. The government has banned the entry of foreign nationals, with some exceptions, but stopped short of declaring a nationwide lockdown.

Instead, “community quarantines” have been enforced in most of the country, including in the island of Luzon, which includes the capital, Manila and some neighbourhoods in Quezon City.

Those rules suspend mass transportation and ban mass gatherings. People in quarantined areas are ordered to stay home except for law enforcement and certain public officials, health workers, and those providing and accessing basic services.