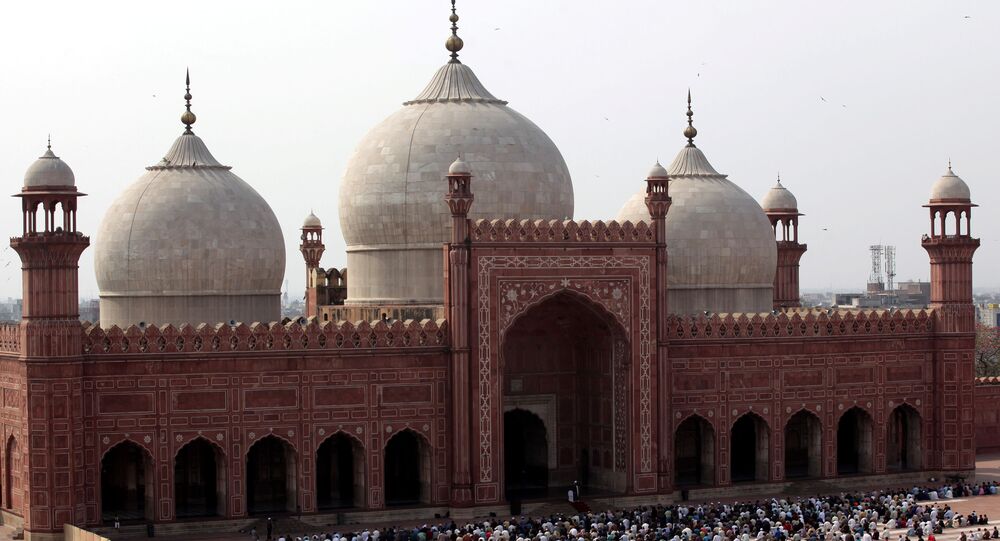 New Delhi (Sputnik): Pakistan is witnessing a rising COVID 19 outbreak with more than 1,200 positive cases and nine deaths due to the virus. But the infection is not the only problem for the country, which is struggling to provide more tests and enough medical gear to more than 100,000 doctors and health workers.

Pakistan was the first country to refuse to bring back its nationals from China amid the coronavirus outbreak in the country, with the Pakistani leadership saying that it was a measure to stop the virus from being imported to the country.

Pakistan confirmed its first two cases of COVID19 on 26 February and as of 27 March, the numbers of infected has surpassed 1,200, with Sindh province being worst hit with 421 cases.

The doctors in the country are struggling not just with the sharp rise cases but also with poor health infrastructure and a shortage of medical gear. From refusing to attend hospitals to lodging silent protests, doctors have been raising the alarm for help.

An Ahmadi doctor at work at hospital in Rabwah, Pakistan. pic.twitter.com/FkkkmVOCBj

​On Thursday, doctors in Pakistan lodged a protest against the shortage of face masks and gloves by covering their faces with a plastic bag.

​Dr Amir Ali Khan from Pakistan’s Khyber Pakhtunkhwa hospital had to check 30-40 patients but he could not find any face masks and gloves at the local pharmacies to keep himself safe from the deadly virus.

Khan said he had written several letters to the district health department asking for masks for doctors or help to buy them but received no response.

He eventually posted a picture of himself wearing plastic bags to bring attention to the matter.

The country, with an annual budget of PNR 8,238 billion ($55 Billion) has just PNR 13 billion ($85 million) allocated to its health infrastructure, which is still facing diseases that have been wiped out in other countries, such as polio and rabies.

Pakistan currently has 114 medical colleges but only 44 public hospitals. At the same time, Pakistan faces a shortage of doctors.

For a population of 218 million, at least two doctors are needed per every 1,000 people, which would mean Pakistan needs 436,000 practicing doctors, and it currently only has about a quarter of that.

The fight against COVID19 becomes even more difficult in the presence of staunch Muslim clerics, who have been keen to continue with public prayers.

Curfew is the last and only resort. The sooner, the better. Friday prayer is being offered at the Memon Mosque, Kharadar, #Karachi. #COVID2019 is lethal but not as lethal as this brainless Mullah lot ravaging Pakistan for decades. #coronavirusinpakistan pic.twitter.com/8PatjmdoVq

​Even though President Arif Alvi, the Grand Imam Sheikh of Egypt's Al Azhar University issued a Fatwa permitting the suspension of Friday prayers to control the spread of the coronavirus, Pakistan is far from ready to act on it.

Muslim majority countries such as Saudi Arabia, Iran, United Arab Emirates, Kuwait, Turkey, Syria and others have suspended collective prayers but this is not the case in Pakistan.

The religious heads in the country are saying: “We cannot skip Friday prayers because of fears of coronavirus. Instead, we should gather in even larger numbers in mosques to pray to God to protect us from this fatal disease.”

Even after facing a backlash over its inability to put a ban on community prayers, Pakistan’s Minister for Religious Affairs and Interfaith Harmony Dr. Noor-ul-Haq Qadri said that mosques in the country would not be closed and asked the worshippers to keep their numbers to a minimum.

Pakistan Prime Minister Imran Khan has made it clear right from the beginning that the country will not be enforce a lockdown or curfew to control the spread of coronavirus as “it would affect the poor of the country”.

Khan in his address to the nation urged people to observe self-discipline and quarantine to fight the pandemic.

“I would have gone for complete lockdown of the country had there been a similar situation in Pakistan like it had emerged in China and Italy. Going for a complete lockdown will make lives of poor people miserable,” he said.

The situation in Pakistan became worse after people entered the country from Iran and brought the virus with them.

Currently, there are 1246 confirmed cases of coronavirus in the country, with 429 in Sindh province, 418 in Punjab, 131 in Balochistan and 147 in Khyber Pakhtunkhwa. There have so far been 10 deaths.