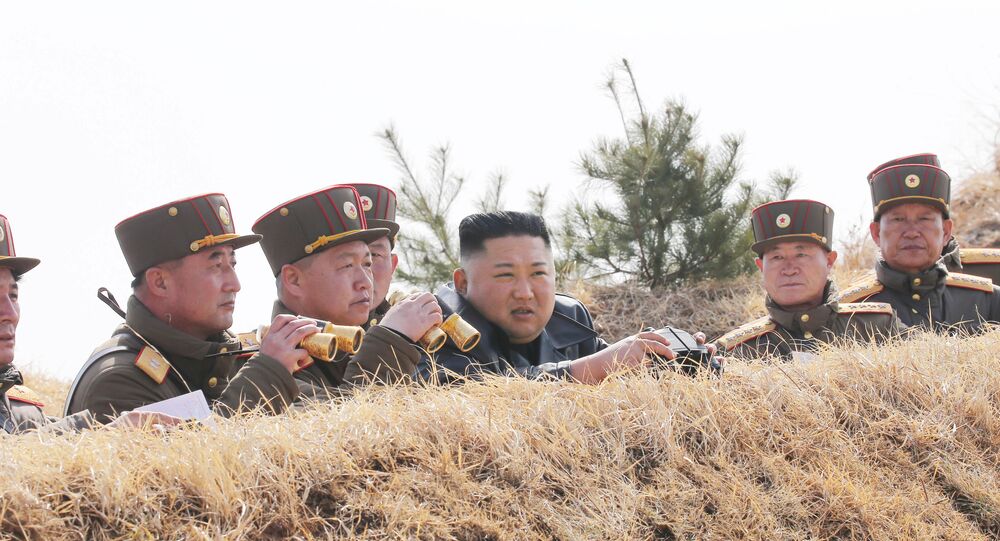 North Korea is reportedly asking for medical aid from other countries while denying that it has any cases of the COVID-19 coronavirus within its borders.

"The government has testing kits for COVID-19 and they know how to use them, but [the number of kits are] not sufficient, hence, [officials are] requesting all organizations ... to support them in this regard," an unidentified source told the Financial Times Thursday.

Last week, Reuters reported that the first shipments of international medical aid were expected to arrive in the Democratic People’s Republic of Korea (DPRK). According to the report, some aid organizations had to get emergency sanctions exemptions from the United Nations to be able to send the shipments.

“North Koreans need assistance and have asked for it, but things are now on hold,” one aid group official told the outlet.

"There's not enough medicine for the country. I'm really concerned about them facing an outbreak," Shafik said.

Last week, Kim Yo Jong, North Korean leader Kim Jong Un’s younger sister and director of the Propaganda and Agitation Department, said that US President Donald Trump had reached out to his DPRK counterpart via a personal letter and offered to provide assistance to combat the coronavirus.

However, in a statement to the Korea Times, Terence Roehrig, professor of national security affairs at the US Naval War College, expressed that he doubts at this point that North Korea will be willing to accept outside assistance or report any confirmed COVID-19 cases, Sputnik reported.

"Though North Korean statements have recognized the severe threat COVID-19 is for the country, it does not acknowledge any cases, though that seems very unlikely,” Roehrig said.