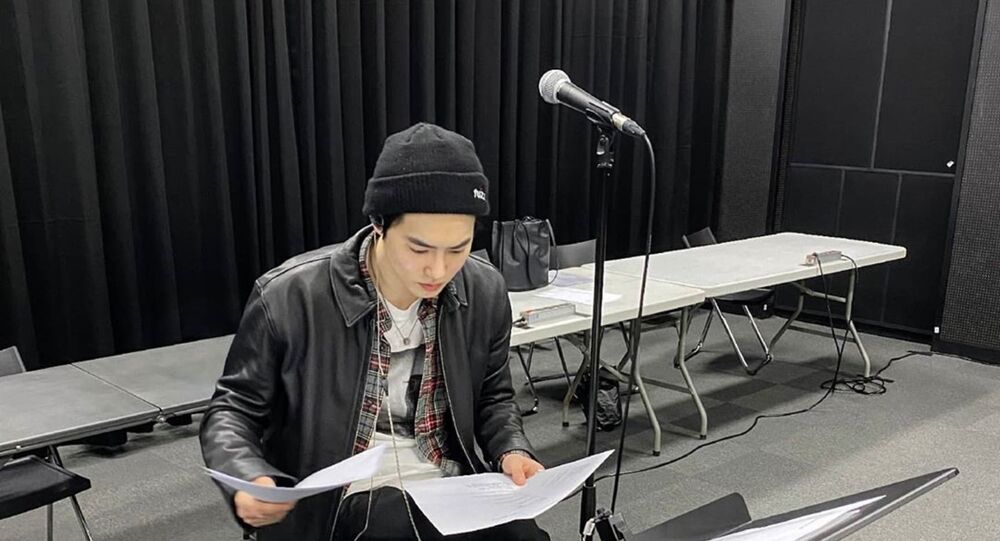 The album named “Self Portrait” will be released on 30 March.

The leader and one of the main K-pop kings EXO Suho has dropped his album flip video, consisting of the songs from his upcoming mini-album.

The album which will be released on 30 March will have 6 songs presented in different genres like pop-rock, ballads and acoustic pop.
Kim Junmyeon's (real Suho's name) tells about his love for his fans through the songs.

Recently he made a live stream at TwitterBlueroom and an unpacking of his own album showed some details. Twitter even made the hashtags with an emoji showing Suho's self-made handwritten portrait in order to support the album's release.

During the broadcast, the singer also shared some thoughts and info about the making of the album.

During the live set Suho revealed that he put a lot of effort into the making of the solo album and was deeply involved at all the stages of its production, even when staff members told him to relax and let them do their job, because the artist wanted to be involved in everything. He also shared that solo and group activity really mean a difference in attitude - everything goes faster, when he was on his own and there was no need to collect all opinions about concept, music, and such things. Also, Suho explained that all his songs are dedicated to the fans of EXO, known as EXO-L, especially the song “Made of You”, and he confirmed that he took an active role in the creation of the lyrics for every song from the album.

EXO-L's were flattered by such gratitude from the idol and support him even more as a result.

junmyeon said the album took so much time because he kept writing and rewriting lyrics omg 🥺 this album is literally from his heart and talking about the past 8 years. I cannot wait to listen to it!!!! #Self_Portrait #SUHO #AskSUHO pic.twitter.com/LAArvX1vu7

ALL TRACKS HAVE LYRICS WRITTEN SH2O

Perfection is an understatement. No one can ever beat the beauty and uniqueness of this album 😭😍

EXO bar will be having ads in 525 Emart stores in Korea to promote Junmyeon's solo album for a week! The ad will be 20secs long and in one day it'll be played at least 200 times 😬😬 #수호 #SUHO #Self_Portrait #사랑하자 @weareoneEXO pic.twitter.com/So6Nz5SOh6