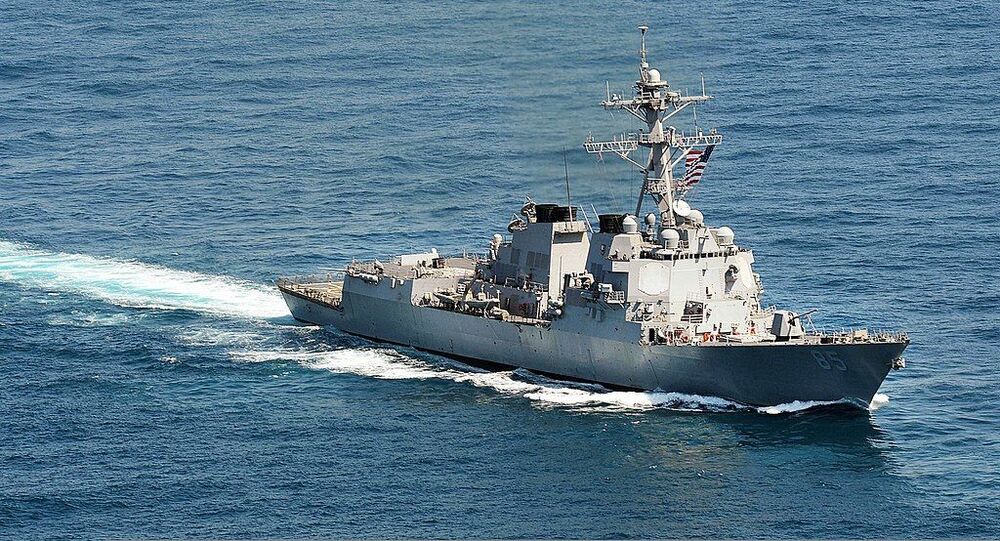 Taiwan’s defence ministry carried out large-scale drills on Tuesday simulating a response to a mock invasion of the island by China, alleging that the exercises were a ‘response’ to repeated “provocations and threats” by Beijing.

China blasted the US over the move to sale a warship through the Taiwan Strait, accusing Washington “dangerous” behaviour. “US moves have seriously interfered in China’s internal affairs, severely harmed peace and stability in the Taiwan Strait and poisoned Sino-US military ties,” Chinese Defence Ministry spokesman Ren Guoqiang said. Criticizing the US’s “continued negative actions” in Taiwan, Ren warned that US actions were “extremely dangerous.”

Earlier, the US Seventh Fleet reported that the USS McCampbell, an Arleigh Burke-class missile destroyer equipped with Tomahawk cruise missiles, carried out a “routine” freedom of navigation mission through the sensitive 180 km-wide Taiwan Strait.

Anthony Junco, a Navy spokesman, said the ship carried out a “routine Taiwan Strait transit March 25 (local time) in accordance with international law.” The ship’s transit, Junco said, “demonstrates the US commitment to a free and open Indo-Pacific.”

The spokesman added that the Navy would “continue to fly, sail and operate anywhere international law allows.” Taiwan’s military, meanwhile, said it monitored the US destroyer’s movement as it sailed north through the strait.

This was the second time the US has sailed a warship through the Strait since January, when the US Navy demonstratively sent a ship to the area following elections in Taiwan. China said at the time that it ‘closely monitored’ that passage.

Taiwan staged massive naval, air force and army drills this week, a week after the island’s military reported intercepting and driving away multiple People’s Liberation Army Air Force jets after they crossed the median line of the Taiwan Strait. Taipei has called the actions of the Chinese military a "provocation."

Beijing considers Taiwan a part of its territory, and maintains its right to one day reunite the island with the mainland. Taiwan split from mainland China in during the Chinese Civil War in 1949. The United States, Taiwan’s biggest protector and ally, has regularly sent vessels through the Strait, and has sold the country advanced weaponry, even while de jure recognizing the People’s Republic as the sole sovereign Chinese state. Beijing has repeatedly warned Washington against interfering in Taiwan’s internal affairs, and has demanded that the US cancel any official and military contacts with the island, on pain of sanctions against US companies.

China Leading World’s COVID-19 Fight As US Struggles, Having ‘Squandered’ Time Prior to Pandemic

'Comedy': Beijing Slams US Claims of Fake News About COVID-19 From Russia and China

NYT, WaPo, WSJ Accuse Beijing of ‘Recklessness’ as China Retaliates to Expulsion of Journos in US