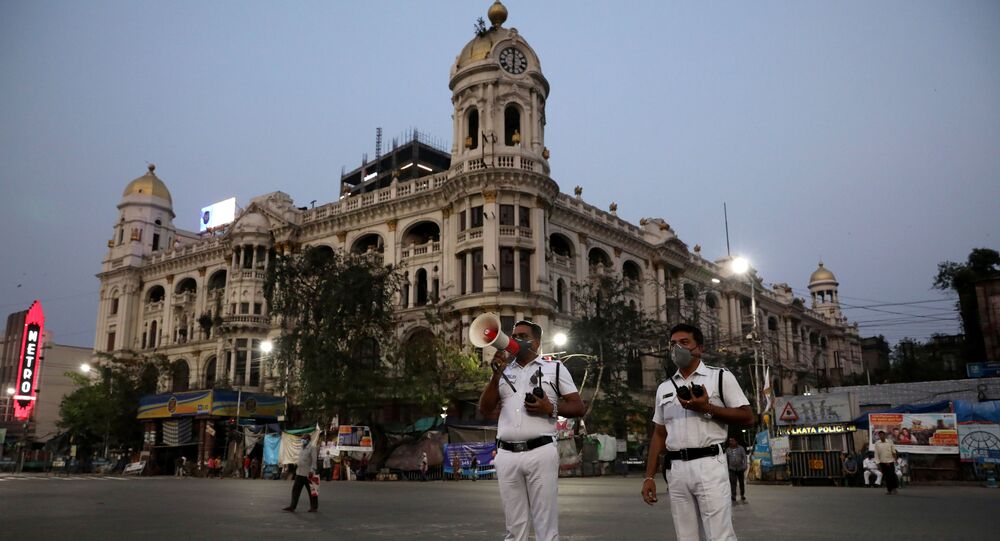 New Delhi (Sputnik): Stress is an intrinsic characteristic of the 21st century and so is the hyper social engagement to seek respite from it. With life on halt due to the lockdown, mental health professionals are seeing a sharp increase in anxiety and depression related queries as a result of limited social activities.

Eerie silence on streets, deserted clubs devoid of heart throbbing music and dead office spaces – sights like these are going to be the new normal for Indians during this unprecedented countrywide lockdown in response to the outbreak of the World Health Organization-declared coronavirus pandemic.

Psychologists point out that they have seen an increase in the number of queries from people who are quarantined, families that are spending more time together and parents who are worried about their kids holed up at home.

Sana Khullar, a Neuro and Clinical Psychologist, said: “It is very taxing to the mind to keep silent. We are so used to having distractions around that we don't know how spend time alone with ourselves anymore. We are no longer used to dealing with our demons.”

Putting people in quarantine, Prime Minister Narendra Modi on Tuesday announced a 21-day complete lockdown in the country, something that the nation has never witnessed before. This comes after the already existing partial lockdowns and work from home provisions imposed on people since the beginning of March.

Mentioning that the number of queries have doubled during this shutdown phase, Sana said it's mainly youngsters who ask questions related to panic and anxiety.

"Not every youngster has a healthy relationship with family. So, there is a lot tension that they hide by spending limited amount of time with each other. Now we have put all those strained relationships in a house with excessive panic and mass hysteria around the disease," Sana stated.

According to the World Health Organization (WHO), one in five people in India suffers from depression. The international watchdog also rated India as one of the most depressed country with a high number of cases of anxiety, depression and bipolar disorders. The country was followed by China and US.

Shikha Khandpur Batta, a Child and Adolescent Psychologist, Acumentor Clinic in Delhi, spoke about the children who are spending time locked at home and said she has been receiving frequent calls from their parents seeking advice on how to keep their kids busy.

“As it's been long that children have been quarantined, they get a bit irritated and show anxiety towards them (parents). It is difficult to make children understand the dangerous situation,” she said, adding kids not only can hear everything that is going on around them, but they feel our constant tension and anxiety.

The psychologist suggested parents should make use of the opportunity and spend more time with their kids and explore innovative ways of learning with them. “It’s time to become their friend,” she said.

According to the psychologists, the elderly population is also at a high risk as the young population still has a distraction in terms of work from home, but the old people don’t.

Mentioning that every age group is going to face its own set of difficulties, Sana said, “Elderly who are retired are used to be at home, but they took up certain activities that they are used to. When these activities cease to exist, they don't have much."

According to the Census 2011, an exercise conducted by the country to maintain demographic data, elderly persons (60 years and above) constitute 8.6 percent of the total population.

Depression among old people is often linked to a reduced life expectancy among them and as stated by the Indian Journal of Public Health, th eprevalence of geriatric depression in India ranges from 11.6 percent to 31.1 percent.

Shikha Khandpur Batta added to this, saying: “Whether it’s anxiety, or anger, or protest that they can’t do things normally - it will happen. You’ll see more meltdowns, tantrums, and oppositional behaviour in the coming weeks. This is normal and expected under these circumstances.”

How the Poor Is Coping

The marginal section of Indian society, comprising casual and daily wage labourers, is bearing the brunt of the lockdown with their livelihoods at stake. Also, this section of society doesn’t have the luxury to reach out for therapies and counselling.

She further mentioned that these people have more community spirit and support for each other. They are used to living and making the most of what they have, something which we (the better off section of the society) do not know how to do.

These daily wage workers operate in the informal economy and have no fixed and stable source of livelihood. Earning approximately $7 a day (INR 500), there are total 121 million casual workers who get paid day-to-day.

Several states, however, have announced monetary aid for this section of workers.

Coronavirus is rearing its head in India with active cases in the country reaching 649. The viral disease has so far claimed 13 lives in the country. Addressing measures to contain the worldwide spread of COVID 19, the WHO has stated that a lot depends on how India – the world’s second most populated country (1.38 billion) - tackles the viral disease.