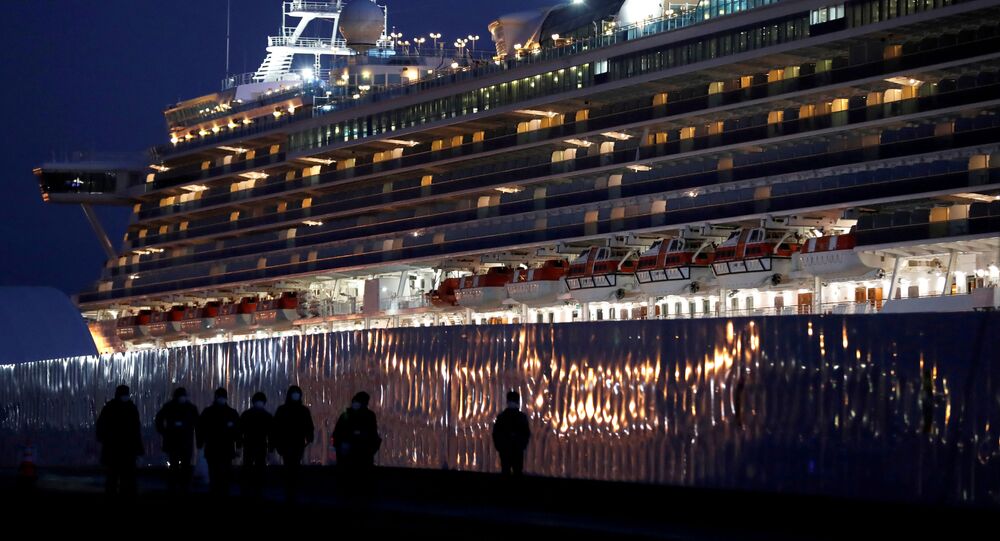 This brought the death toll among the people who boarded the ship to 10, according to the Kyodo news agency. The latest victims were reportedly Japanese citizens.

Japan has strengthened measures aimed at curbing the import of COVID-19, asking all entrants from the United States to self-isolate for 14 days upon returning, Prime Minister Shinzo Abe said earlier in the day.

The cruise ship was quarantined near the Japanese port of Yokohama in early February after a passenger tested positive for COVID-19 after disembarking in Hong Kong.

© RIA Novosti . Vitaliy Ankov
UK to Evacuate Citizens From Virus-Hit Diamond Princess on Friday
There are 1,108 confirmed coronavirus patients in Japan, in addition to 712 people infected aboard the Diamond Princess. The cumulative death toll stands at 51.

Japan’s Foreign Ministry late last week raised the travel warning to the United States to the second of a four-level scale, urging its citizens to avoid all non-essential travel.