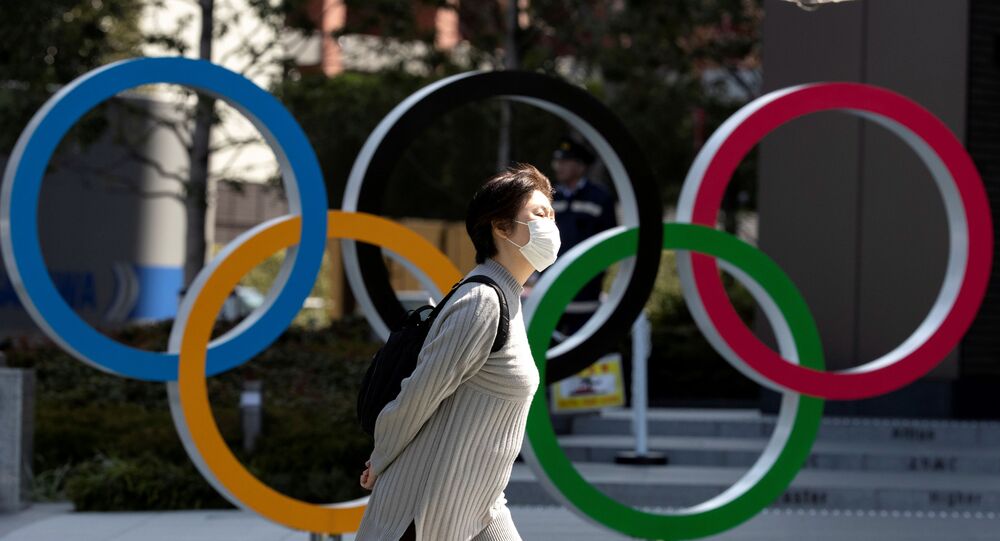 MOSCOW (Sputnik) - The Tokyo Olympics could be postponed if the Games cannot be held safely in a full format amid the coronavirus pandemic, Japanese Prime Minister Shinzo Abe says.

"If holding the Olympics in a full format becomes difficult, we have to, first of all, think about the athletes and it is not excluded that we will have to make a decision on postponing the Games", Abe said on Monday morning, as quoted by Kyodo News. "Although the IOC will make a final decision (on the matter), we are of the same view that cancellation is not an option", he added.

Addressing the issue later in the day, former Prime Minister Yoshiro Mori, who is in charge of organising the event, stated that the games won't be cancelled, but a delay will be considered in the upcoming weeks.

On Sunday, President of the International Olympic Committee (IOC) Thomas Bach announced that a final decision on the possible postponement of the 2020 Summer Olympics in Tokyo would be made in four weeks.

USA Track and Field (USATF), the governing body of the US track and field federation, on Saturday requested the postponement of the 2020 Summer Olympics in Tokyo, which are scheduled to take place from 24 July to 9 August.

The Royal Spanish Athletics Federation (RFEA), as well as Brazil’s and Norway’s Olympic Committees, have also called to postpone the 2020 Tokyo Olympics.

As of 22 March, Japan has registered at least 1,046 confirmed cases of COVID-19, according to the World Health Organisation.

At the same time, Johns Hopkins University data shows that the number of infected people in Japan stands at 1,086, with the death toll currently at 40.