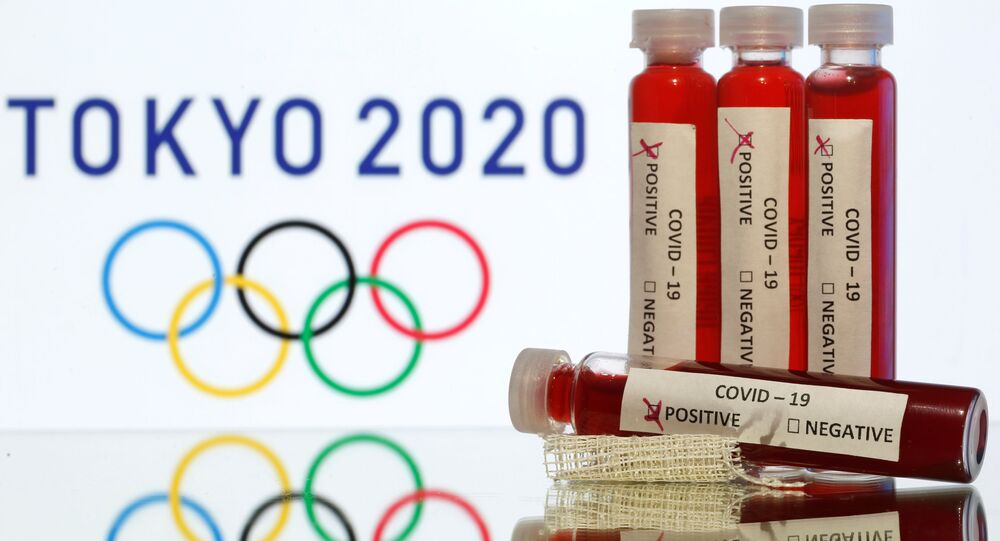 Japanese Deputy Prime Minister Taro Aso told members of a parliamentary committee this week that the recent fallout from the global COVID-19 pandemic on the 2020 Tokyo Olympics is further proof that the games have been historically “cursed” in the country.

“It’s a problem that’s happened every 40 years – it’s the cursed Olympics, and that’s a fact,” Aso told committee members on March 18, as reported by The Guardian.

While no official word has been given regarding whether the games will be canceled, speculation around the event’s status is mounting amid the COVID-19 novel coronavirus pandemic.

Aso arrived at his assessment of the Olympics being “cursed” for Japan based on previous cancellations and difficulties surrounding Olympic events in the country’s past.

Tokyo was scheduled to hold the 1940 Summer Olympics - or Games of the XII Olympiad - but the breakout of World War II led to the event first being moved to Helsinki, Finland, before it was ultimately canceled altogether. The 1940 Winter Olympics - or V Olympic Winter Games - set to be held in Sapporo, Japan, suffered the same fate later that year.

Forty years later, the 1980 Summer Olympics in Moscow, Russia, were boycotted by countries such as Japan, the US and China, to protest the Soviet Union’s invasion of Afghanistan.

Last week, Japanese Chief Cabinet Secretary Yoshihide Suga revealed to reporters that Japanese Prime Minister Shinzo Abe had recently discussed the 2020 Summer Olympics with US President Donald Trump and told the leader that Tokyo was making efforts to ensure the games would be held on schedule - despite the global pandemic.

While Greece canceled regular Olympic torch relay events within its country, the Hellenic Olympic Committee held a scaled-down ceremony on Thursday to pass the flame to Tokyo’s Olympic organizers. Kyodo News reported that a chartered aircraft carrying the flame will arrive at a Japanese Air Self-Defense Force air base in Matsushima, Miyagi Prefecture, on Friday.

"I hope the flame will brighten people's hearts all across Japan, and that will shake off the dark clouds hanging over the earth and lead to the excitement of the Olympic Games," Yoshiro Mori, president of Tokyo’s Olympic organizing committee, said via video, as reported by the outlet.

'Do Not Travel': US State Department Upgrades Advisory Level for Americans Amid COVID-19 Pandemic