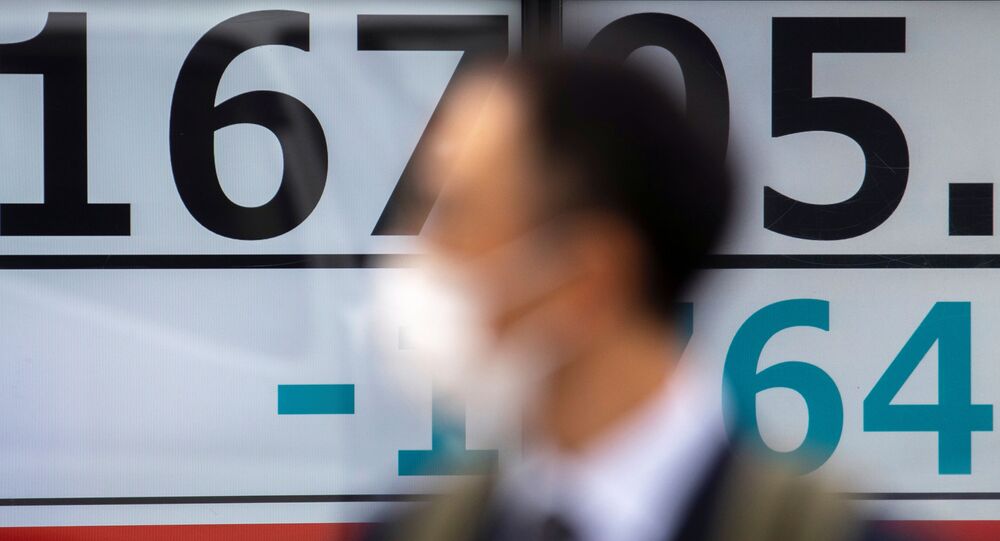 For those who think that "stocks always come back," check out this chart of the Nikkei 225 (Japan). The index is still down massively from its all-time-high from THIRTY years ago. Moral of the story: Anything is possible. pic.twitter.com/w3sNREqnVr

Hong Kong's Hang Seng index extended its drop, hitting its lowest mark since July 2016. The Shanghai Composite Index was down more than three percent this morning.

Asian stocks have extended their fall despite the new ECB programme of $819 billion aiming to conduct purchases of securities until the end of 2020 to support the euro.

Meanwhile, the New York Stock Exchange announced it would temporarily close its trading floor and move to electronic trading as the coronavirus outbreak continues in the United States, with over 9,000 cases registered so far.

Globally, the COVID-19 has affected more than 191,100 people and killed over 7,800, according to the latest data provided by the World Health Organisation (WHO).