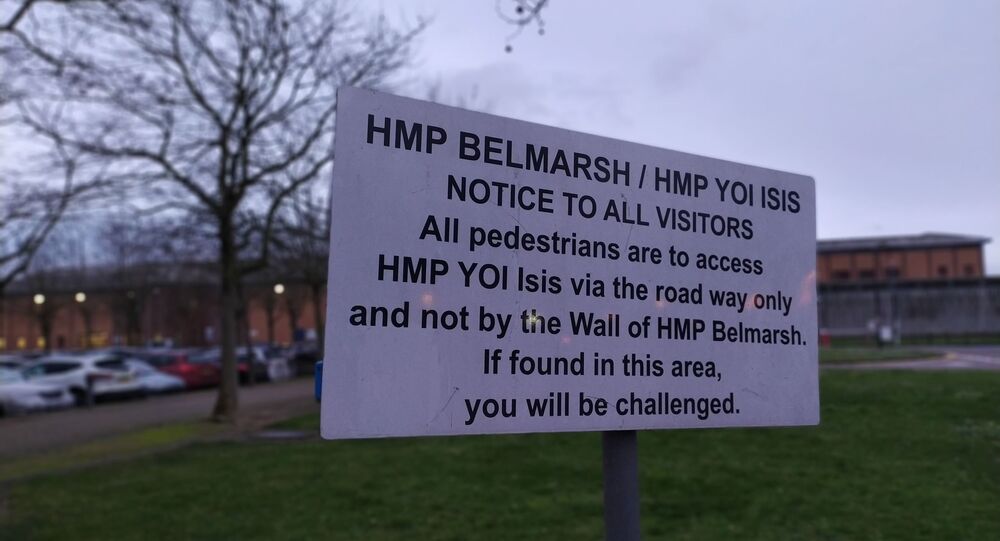 The president of the Prison Governors Association recently warned BBC Radio 4 that prisoners will likely die as a result of the spread of COVID-19 in what are overcrowded, unhygienic and under-resourced conditions in the prison estate in England and Wales.

Doctors for Assange campaign group released an open letter today warning that Julian Assange is at increased risk from coronavirus illness 2019 (COVID-19) if he continues to be detained in Belmarsh maximum-security prison. The letter, which is dated 18 March 2020, is addressed to key governmental figures in Assange's native Australia, including the Prime Minister, the Foreign Secretary, the Attorney General and the Leader of the Opposition.

​​"We wrote to you on December 15 2019 that Julian Assange’s life is at risk due to nearly a decade of human rights abuse including arbitrary detention, psychological torture and medical neglect", the letter says.

"Now, with the president of the Prison Governor’s Association warning that prisons provide “fertile breeding grounds” for coronavirus, Julian Assange’s life and health are at heightened risk due to his arbitrary detention during this global pandemic. That threat will only grow as the coronavirus spreads", the doctors warn.

As part of its attempts to combat the spread of COVID-19 the Iranian government, for example, has temporarily released 54,000 prisoners.

On 15 February 2020 the Assistant Secretary in Australia's Department of Foreign Affairs, Matt Kimberly, wrote to Doctors for Assange in response to two letters they received from the campaign group. The Australian government rejected any allegation that they were complicit in mistreatment or torture and said they are "confident that Mr Assange is being treated appropriately in HMP Belmarsh". They also said that Australia can't monitor Assange's health or provide consular assistance without the WikiLeaks publisher's consent, which he has so far refused to give. "The Australian High Commissioner to the United Kingdom has engaged with the UK Government and is assured that Mr Assange is held in appropriate and humane conditions, with access to the full prison regime of medical support", Kimberly writes. He also notes that the government is "confident" that Assange will receive due process both in the UK and in the US should he face trial there.

But Doctors for Assange's most recent letter also pushes back against the Australian governments claim that they can't do anything to help Assange if he refuses consular assistance.

"In the case that an Australian citizen’s human rights are being abused, including his human right to health, his right to be free from torture and arbitrary detention, his right to a fair trial, his right to lawyer-client confidentiality and his right to prepare a defence, we are reliably advised that, consular assistance aside, government minsters can advocate for due legal process, and raise concerns about gross violations of rights with their overseas counterparts.", they write.

Two Australian MPs recently visited Assange at Belmarsh and declared that there was no doubt in their mind that he is a political prisoner. The UN Special Rapporteur on Torture Nils Melzer, along with two other medical experts in examining torture victims, found that Assange clearly showed the symptoms of psychological torture.