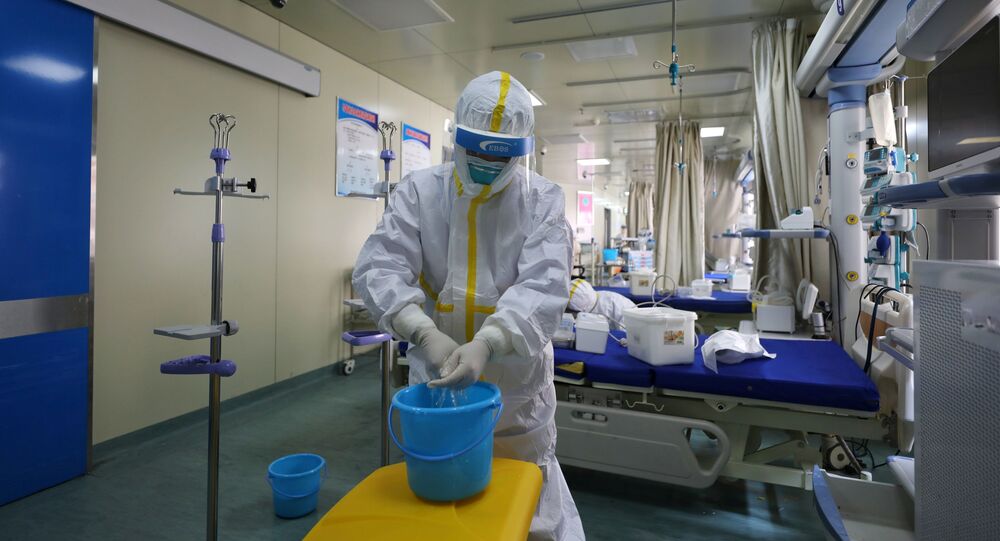 China could potentially experience another wave of COVID-19 deaths, according to some Chinese experts.

While the viral pandemic’s epicenter shifts to Europe, people in China have begun to return to work over the past two weeks, which could potentially cause another outbreak.

“With millions of workers heading back to the factories, dining in the shared cafeterias and sleeping in the shared dormitories, the risk of a second wave of infections could be substantial,” Heiwai Tang, of the Institute for China and Global Development at the University of Hong Kong, said in a statement to the South China Morning Post.

Factories in China are currently reopening after being shut down for more than two months.

“As the outbreak subsides in China, factories are being reopened. In the country’s big manufacturing hubs – Shanghai, Chongqing and the provinces of Guangdong, Jiangsu and Shandong – more than 90% of the manufacturers are up and running,” said Zhou Xiaoming, the former deputy permanent representative of China’s Mission to the United Nations office in Geneva, reported China-US Focus, a website for academic discussion about the relationship between the two countries.

“Gradually and surely, Chinese factories will return to full capacity. This will minimize the impact of the virus on global supply chains. This is seen by China as not merely in its own interest but also as a way to fulfill its responsibility as a major player in the global community. Contrary to what is happening in China, the situation in the rest of the world is likely to get worse before it gets better,” Zhou added.

Some Chinese health experts have stated that risks of a second wave of COVID-19 infections in China are low due to efforts the government is taking to stem the disease’s spread. Quarantine centers are still being established in major airports in Beijing, Shanghai and Guangzhou. Chinese nationals coming from abroad will still be required to undergo compulsory quarantine for 14 days.

“The outbreak in China, which started last December, has almost seen its end. We will wait for another month to make the final judgment, but personally speaking, a second domestic outbreak in China is not a great concern with such strong prevention and control measures,” Cao Wei, the deputy director of the Peking Union Medical College Hospital’s infectious disease department, said earlier this week.

However, Hong Kong’s Center for Health Protection on Monday confirmed that the city is experiencing a second wave of COVID-19 cases as infected people return from abroad.

In addition, Singapore and Taiwan are also currently experiencing new waves of coronavirus infections. On Tuesday, Singapore reported 23 new cases of the virus, while Taiwan and Hong Kong reported 10 and five cases, respectively. Hong Kong on Monday also recorded nine new infections, which is its highest daily count since February 9.

“The trouble with this virus is that it is very unpredictable. We do not know who will be at the center of a super-spreading event,” Paul Anantharajah Tambyah, the president of the Asia-Pacific Society of Clinical Microbiology and Infection, is quoted as saying by the Wall Street Journal. “We are not safe in any place until everyone all over the world is safe.”

As of Tuesday, there were over 190,000 cases of the virus around the world and more than 7,800 deaths, according to the latest data from John Hopkins University. China, Italy, Iran and Spain remain the countries hit hardest by the deadly disease.