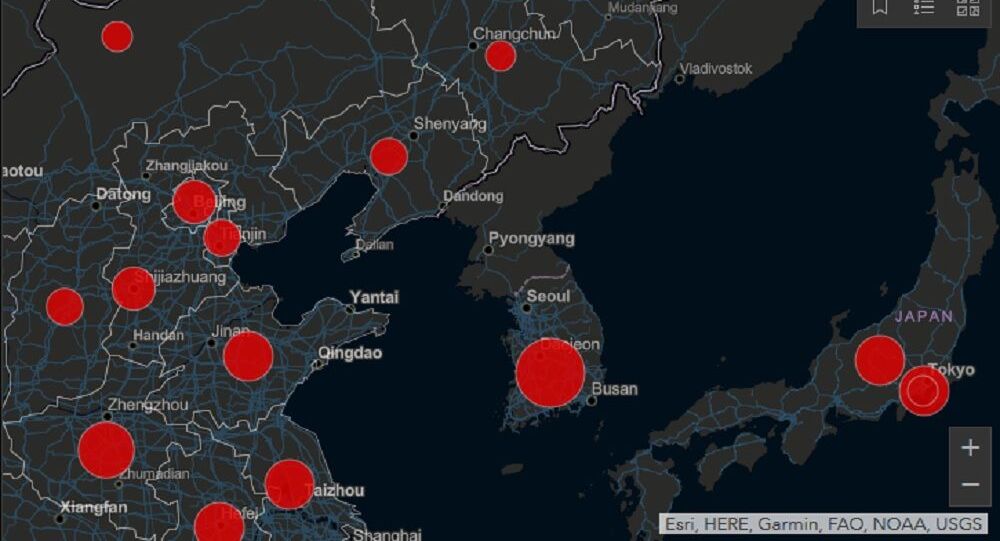 North Korea, whose contacts with the outside world remain limited even in a normal situation, was one of the first countries to introduce tough inspection and quarantine measures, canceling tourist visits, cutting off flights and rail travel and quarantining all workers coming home from abroad.

Nearly three months into the COVID-19 outbreak, North Korean health officials maintain that the country has zero cases of the virus.

The Korean Central News Agency reported last week that it there were no cases of COVID-19 in the country, but urged the public to remain vigilant. The agency reported that the country has enforced “strict, top-class anti-epidemic measures,” to intensify its coronavirus response, including the tightening of inspection and quarantine of imports from abroad. The measures are said to include comprehensive “inspection and disinfection of vehicles, vessels and goods,” and a 10-day quarantine of imports.

The World Health Organization too has indicated that it’s not aware of any cases of the virus in the self-isolating country, although the organization does plan to send equipment and supplies to help Pyongyang battle COVID-19. North Korea had previously asked the WHO for material assistance including disposable gowns, gloves and hazmat suits.

The popular Coronavirus Resource Center map run by Johns Hopkins’ University School of Medicine, which depends on credible sources including the WHO and the US Centers for Disease Control and Prevention, also reports zero cases for North Korea thus far.

However, US officials believe Pyongyang, which is required to report on any outbreak of contagious viruses as part of its WHO membership obligations, is lying.

Speaking to reporters last week, US Forces Korea commander Gen. Robert Abrams said the Pentagon was “fairly certain” that the country had coronavirus cases given the lack of noticeable military activity. According to the US commander, the North Korean military only recently restarted training following a month-long lockdown.

Keith Luse, executive director of the National Committee on North Korea, a Washington-based think tank, told Bloomberg that it “it’s hard to imagine that North Korea could dodge the COVID-19 bullet.”

Western media have similarly spread stories suggesting that the virus was quietly raging throughout the country, with one report by the US National Endowment for Democracy-sponsored Daily NK online newspaper claiming that as many as 200 soldiers had already died, and that another 4,000 people were in quarantine. These claims, citing anonymous sources, were never verified, but have been spread widely by English-language media.

North Korea, which is thought to have successfully weathered both the SARS and Ebola outbreaks in 2003 and 2014, became one of the first countries in the world to mount a nation-wide emergency response to COVID-19 amid rising infection rates in neighbouring China, South Korea and Japan.

These measures included a ban on all foreign tourists in late January, quarantine for travellers from China exhibiting potential symptoms of the virus in Sinuiju in the country’s west, and the declaration of a “state emergency” to deal with the epidemic on January 30, including the creation of a special ‘Central Emergency Anti-Epidemic Headquarters’.

North Korea’s presumed infection rate stands in sharp contrast to those of its neighbours, with China, where the virus originated, reporting over 81,000 cases, including some 218 cases in the North-Korea neighbouring regions of Liaoning and Jilin. South Korea has 8,320 confirmed cases. Japan has reported 833 cases. Russia, meanwhile, has 93 confirmed cases.