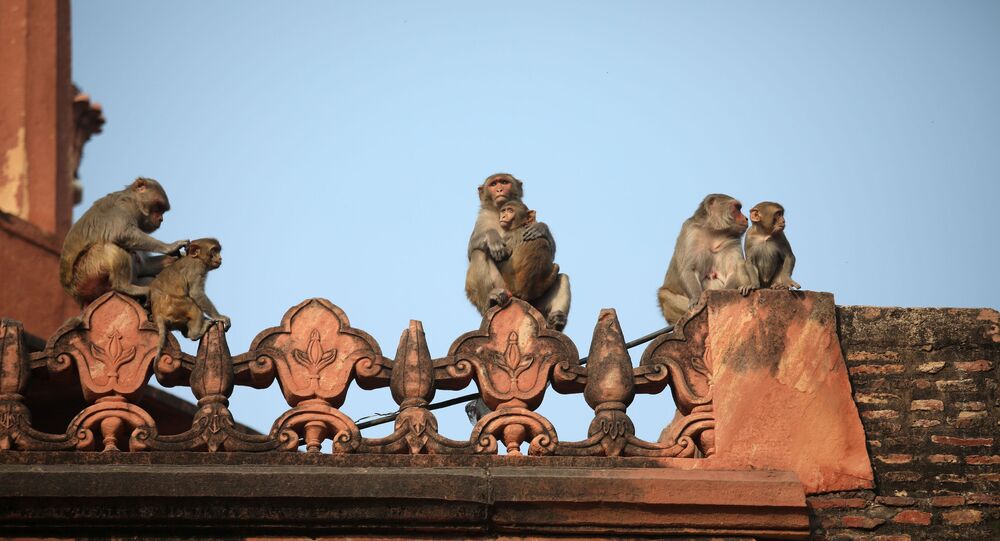 Monkeys are becoming a national problem in India as large groups of scavenging primates are increasingly displaced from their natural habitats, causing them to overrun airports, bureaucratic offices, military bases, religious shrines and even whole villages.

Two Indian border officers applied a new tactic to scare off wild monkeys which have proven to be a problem across the country, preventing the primates from raiding a watch station at the border between India and Tibet.

The officers were seen in a video wearing black “bear” costumes to frighten the wayward monkeys from entering the border station at the Mirthi ITBP camp in eastern India’s Uttarakhand province.

The video shows the two guards donning gorilla-like costumes and sliding down a hillside as over a dozen monkeys flee the station into the nearby woods.

The “bear experiment” to counter the monkeys was first conducted at the Sardar Vallabhbhai Patel International Airport in Ahmedabad, and it has proved to be successful, although zoologists warn that primates, like their human cousins, are quick learners.

There are said to be over 2 million monkeys rambling across India, as local authorities take measures to curb their population through large-scale sterilisation programs.