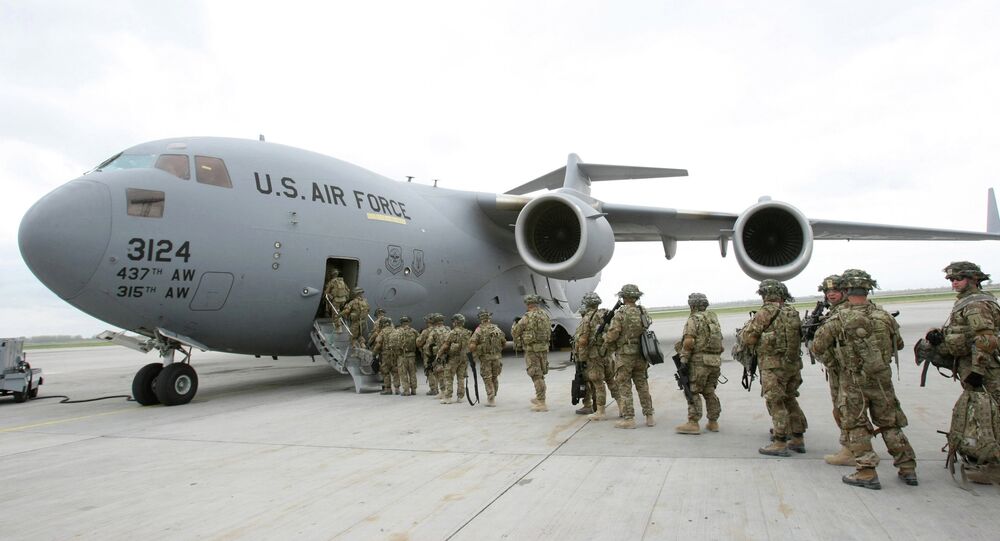 The highly anticipated drawdown of US forces in Afghanistan has begun, US Forces Afghanistan announced Monday. Washington has until July 13 to remove thousands of troops from the country, in accordance with a February 29 peace deal signed with the Taliban.

"In accordance with the US-Islamic Republic of Afghanistan Joint Declaration and the US-Taliban Agreement, US Forces Afghanistan (USFOR-A) has begun its conditions-based reduction of forces to 8,600 over 135 days," read a statement by USFOR-A spokesperson Col. Sonny Legget on Monday.

"USFOR-A maintains all the military means and authorities to accomplish our objectives - including counterterrorism operations against al-Qaeda and ISIS-K and providing support to the Afghan National Defense and Security Forces. USFOR-A is on track to meet directed force levels while retaining the necessary capabilities."

Political crisis or not, one president in Kabul or two, US is wasting no time — the drawdown to 8,600 over 135 days has officially begun, the US military says in a statement. pic.twitter.com/0sSjWnf1Yx

​The paring down of US forces is conditional, based on the Taliban adhering to its commitment made in Doha, Qatar, to prevent “any group or individual, including al-Qaeda, from using the soil of Afghanistan to threaten the security of the United States and its allies.”

The US invaded Afghanistan in late 2001 and overthrew the Taliban, then the party of government, following the September 11, 2001, terrorist attacks, which were carried out by al-Qaeda terrorists who were allowed to train in Afghanistan by the Taliban.

The news follows a series of violent exchanges between US-allied forces and the Taliban, including a US airstrike on Taliban positions after the militant group attacked Afghan security forces, who were not party to the peace deal.

Afghan President Ashraf Ghani was also sworn in on Monday for a new term, following his disputed victory in elections last September.