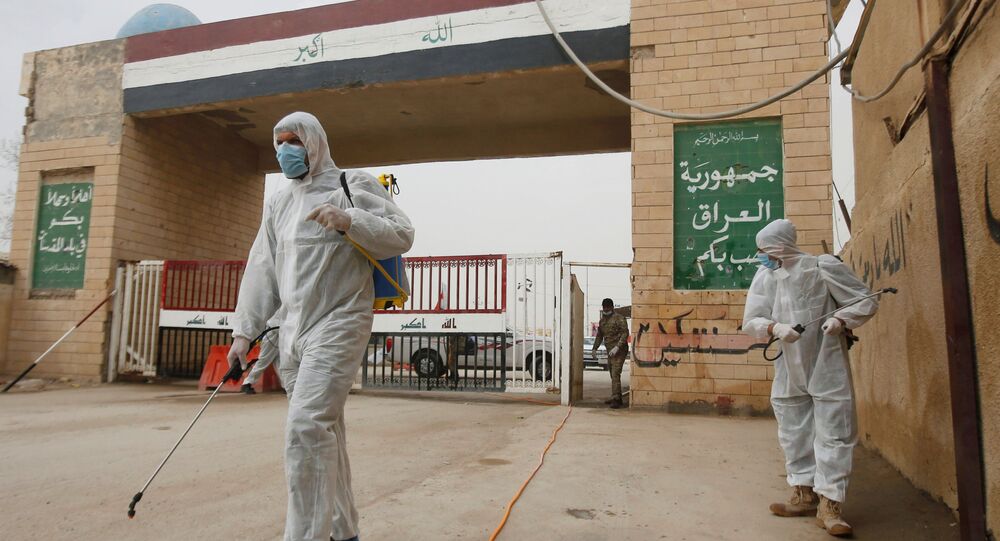 As coronavirus continues spreading around the world and crippling global markets, Iran is the worst-hit county after China, with over 2,000 deaths and more than 7,100 people infected as of Sunday.

Around 70,000 prisoners have been released in Iran in a bid to prevent the spread of the coronavirus outbreak, Reuters reported on Monday citing the news site of Iran’s judiciary.

The report apparently did not elaborate on whether the inmates would be required to return to jail. A judiciary spokesman said earlier that the measure will not affect those sentenced to more than five years.

Earlier in the day, a spokesman for Iran’s health ministry confirmed 43 new deaths and 595 new cases across the country in the past 24 hours, taking the overall number of infected people to 7,161 and the nationwide death toll to 237.

One of Iran’s vice presidents, several senior government officials and 23 members of Parliament (8 percent of the convocation) have tested positive for the disease.

According to these figures, Iran has the world’s second-worst coronavirus outbreak after South Korea and China, the epidemic’s epicentre. The pneumonia-like disease, designated COVID-19 by the WHO, has infected over 108,000 people globally and killed more than 4,500, mostly in mainland China but with large clusters in Asia and Italy.

Iran has temporarily closed down schools and universities until April and suspended cultural events to halt the spread of the virus. Public places and transport are being disinfected daily, with travel limited between major cities and outside of the country.