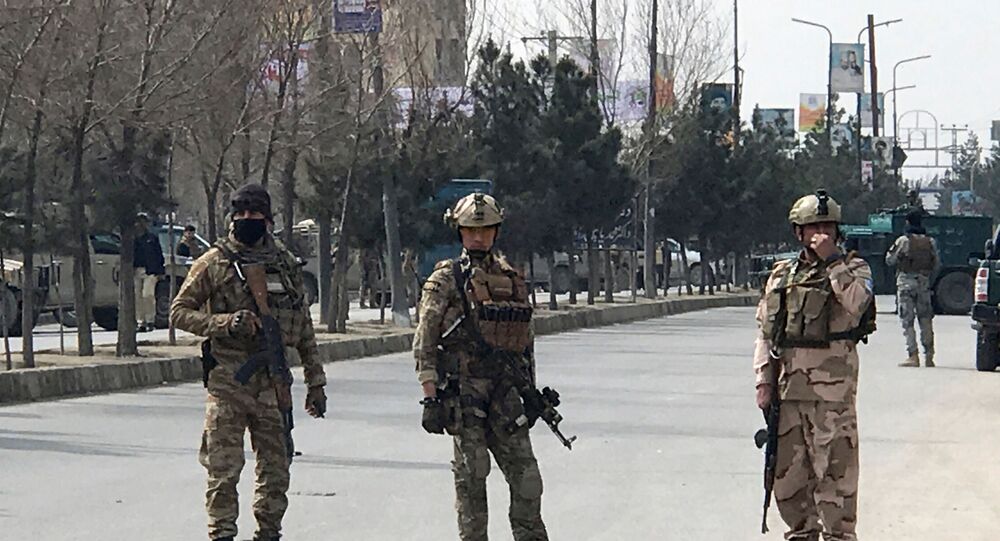 MOSCOW (Sputnik) - The Afghan forces will go into the offensive unless the Taliban movement stops its attacks in the coming days, Defence Minister Asadullah Khalid said on Sunday.

"The Afghan forces will be occupying a defensive position under President Ashraf Ghani's decree and in accordance with the peace agreement. But if the Taliban does not stop its attacks before the end of the week, our forces will attack the enemy anywhere in the country", Khalid said, as quoted by the ministry on Facebook.

On 7 March, six Taliban members were killed and 10 others injured in clashes with local police officers in the eastern province of Laghman, the Afghan government army’s eastern division, known as the 201 Selab Corps, said.

Last Saturday, the Taliban and Washington signed a long-awaited peace deal that stipulated, a withdrawal of foreign troops from the Afghan territory over the next fourteen months in exchange for guarantees that the country will not become a safe haven for terrorists.

The deal also envisages the commencement of intra-Afghan talks on 10 March given that up to 5,000 Taliban prisoners are released by that time.

However, Afghan President Ashraf Ghani said shortly after that Kabul never committed to releasing this many prisoners as a precondition for the talks, but rather as a part of them.

Despite the signing of the agreement, the Taliban said earlier this week that it would further attack the Afghan forces in the wake of Kabul's refusal to release 5,000 Taliban prisoners.