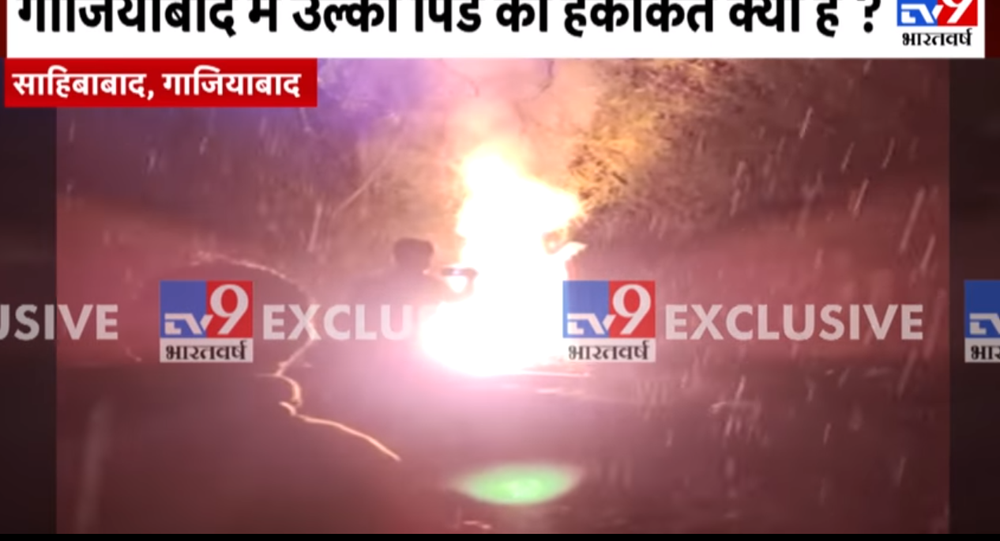 Samples of the object, whose precise origins have yet to be identified, are expected to be sent to a lab for testing.

Indian media have captured footage of a mysterious fireball which fell from the sky near the railway station in Ghaziabad, northern India this past week, with the object crashing down and proceeding to burn out of control while being drenched during a heavy rainstorm.

According to India Today, the incident took place on Wednesday night, with emergency services deployed to put out the flaming fireball after it crashed into the ground with a loud bang which sounded like a thunderclap. But dousing the flames with water proved to be of little use, with the object continuing to smoulder even after being drenched.

Scientists sent to the scene where the object touched down reported that the object appeared to consist of sodium, with samples of the grey ash left over from the mystery object expected to be taken to the city of Lucknow, about 400 km southeast of Ghaziabad, for analysis in a lab.