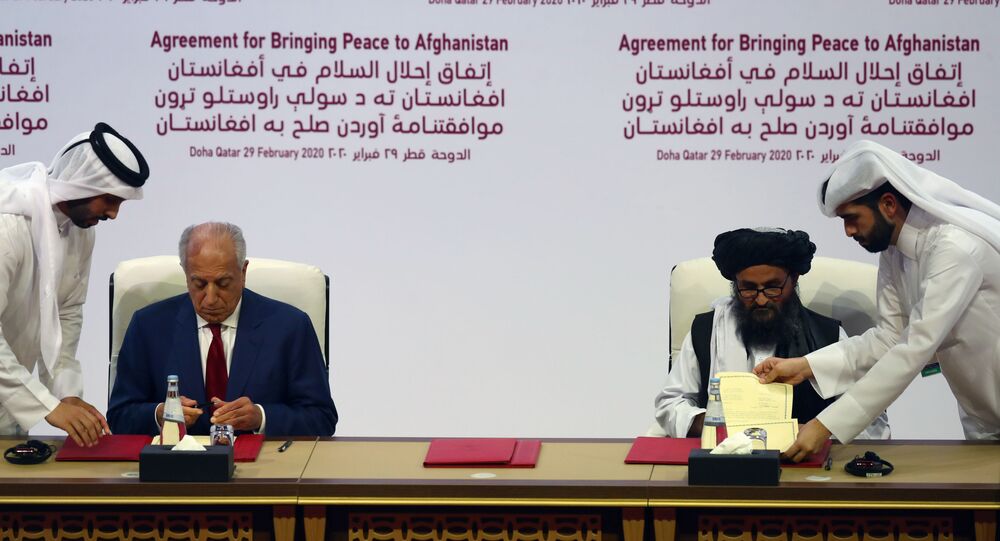 MOSCOW (Sputnik) - On Friday, the NBC News broadcaster reported, citing three US officials, that the government collected "persuasive intelligence" proving that the Taliban movement did not intend to fulfill the peace deal inked with the US in Qatar's Doha last week.

The Taliban group refutes the US intelligence information that suggests the movement has no intention to comply with the peace agreement with Washington, Suhail Shaheen, a spokesman for the Taliban political office, said on Saturday.

"We deny categorically US intelligence statements for NBC News that the Taliban do not intend to comply with the agreement. The process ... is going well so far, and such comments by US officials cannot be confirmed", Shaheen said, as cited by TOLOnews.

The peace deal stipulates, among other things, a withdrawal of foreign troops from the Afghan territory over the next fourteen months in exchange for guarantees that the country will not become a safe haven for terrorists. The deal also envisages the commencement of intra-Afghan talks on March 10 given that up to 5,000 Taliban prisoners are released by that time.

However, Afghan President Ashraf Ghani said shortly after that Kabul never committed to releasing this many prisoners as a precondition for the talks, but rather as a part of them.