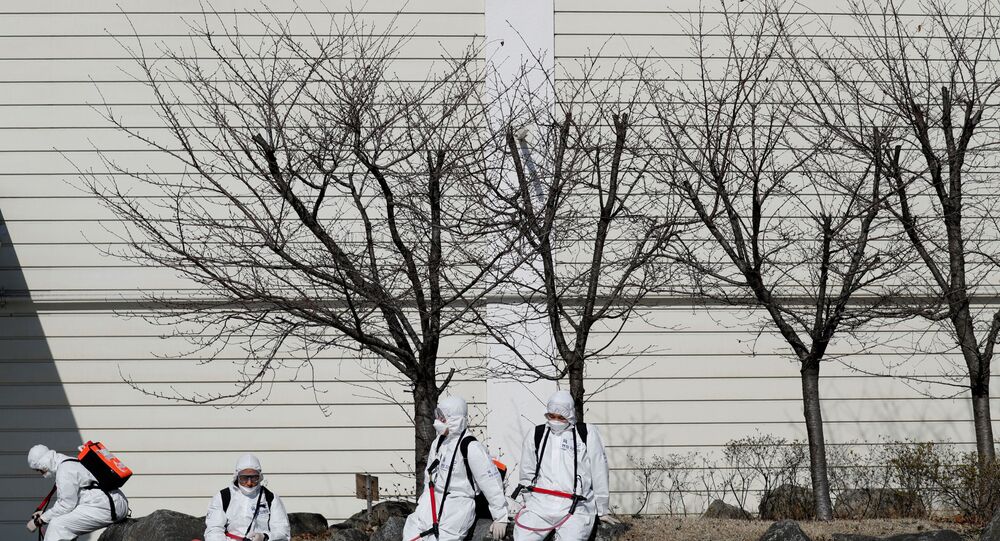 Number of Coronavirus Cases in South Korea Rises to 6,767, 44 Have Died

Outside of China, South Korea remains one of the countries most affected by the new coronavirus (COVID-19). The virus was first registered last December in China and has since spread to more than 80 countries worldwide.

The number of people infected with the novel coronavirus in South Korea has risen to 6,767, the Korean Centres for Disease Control and Prevention said on Saturday. At least 44 people have died, it added.

"The Centres for Disease Control and Prevention (Director Eun-Kyung Jeong) announced that, as of 7 March, 0:00, the total number of patients [confirmed with coronavirus] was 6,767, of which 118 were quarantined", the statement said.

Out of 483 newly confirmed cases, 390 were registered in the city of Daegu, the fourth-largest city and the epicentre of the COVID-19 outbreak in South Korea. Some 65 more cases were identified in Gyeongbuk Province, while the remainder were registered in other areas of the country.

Due to the outbreak, the authorities have raised the highest level of alert in the country. Schools will remain closed until 23 March.

The COVID-19 outbreak in South Korea is traced back to church services, namely to the Daegu branch of the Shincheonji Church of Jesus, where a woman reportedly contracted the disease and spread it among other parishioners. Hundreds of Shincheonji Church followers later tested positive for the virus and thousands were told to self-isolate.