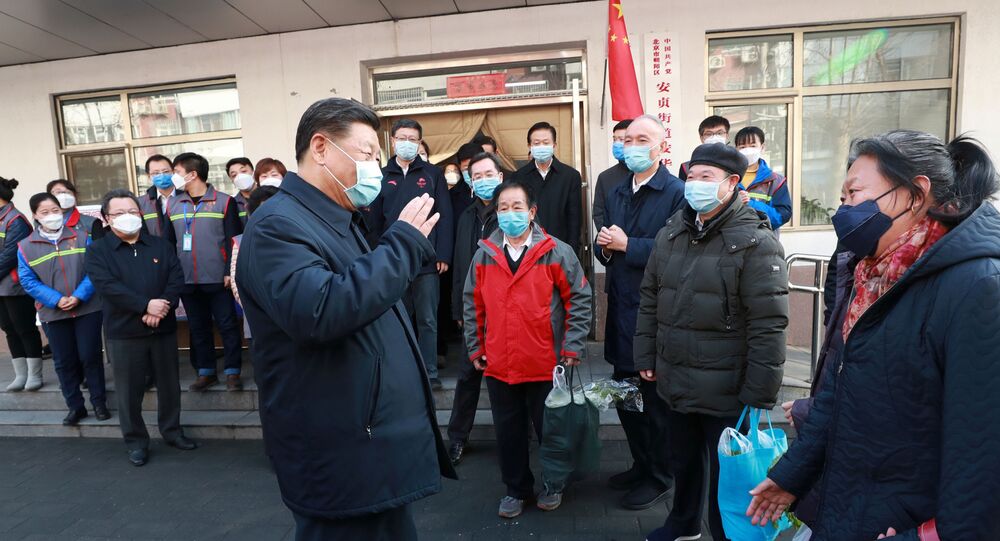 Chinese President Xi Jinping may soon visit the Chinese city of Wuhan, the epicenter of the COVID-19 outbreak, for the first time since the novel coronavirus appeared in December, according to the Asia Times.

Within the next week or so, the Chinese president is expected to visit several hospitals in Wuhan, including the Leishenshan and Huoshenshan Hospitals, the Times reported, citing sources in Beijing. A source in Beijing also told Hong Kong based-outlet Mingpao that Xi will visit the Jinyintan Hospital, where China’s first coronavirus patient was admitted, UPI reported. The 1,000-bed Huoshenshan Hospital was constructed in early February over a span of 10 days in an effort to help contain the deadly virus.

Xi is also expected to make an appearance at the Wuhan Institute of Virology, which is affiliated with the Chinese Academy of Sciences. Many people on social media claimed that the outbreak originated at the institute while scientists were allegedly studying bats carrying coronavirus, although there is no evidence that this is the case. Other theories claimed that the virus was genetically engineered by Chinese researchers at the lab to be used as a bioweapon.

Xi is also expected to visit various Wuhan communities and meet residents who have been quarantined in the city since January 23. According to the Asia Times, Xi will visit such residents in their homes only after local officials ensure that there is no possibility of the president being infected with the virus.

Xi has been criticized by Chinese locals over the last couple of months for not making a visit to Wuhan during the outbreak; however, the Chinese president did make two visits to hospitals and labs in Beijing in response to the crisis.

Meanwhile, Chinese Premier Li Keqiang visited Wuhan at the end of January to evaluate the government’s response to the outbreak, and Chinese Deputy Premier Sun Chunlan also recently visited Wuhan, according to the Guardian.

While Sun walked around a residential neighborhood in Wuhan’s Qingshan district on Thursday, she was heckled by residents yelling, “It’s fake! It’s fake!” According to the Global Times, the protesters were stating that the community’s property management was pretending to deliver food to residents, most likely due to Sun’s appearance.

​According to Johns Hopkins University data, there are more than 80,000 cases of the virus in mainland China, and 2,931 people have died in the country’s Hubei Province, of which Wuhan is the capital, as a result of the disease. The Asia Times reported that there were only 126 new cases of the virus in Wuhan on Friday, and no other infections were reported in other parts of Hubei.

Chinese officials also revealed this week that most people in China can expect to walk around in public without face masks toward the end of April. However, those in Hubei may need to be kept on lockdown for several more months past April.