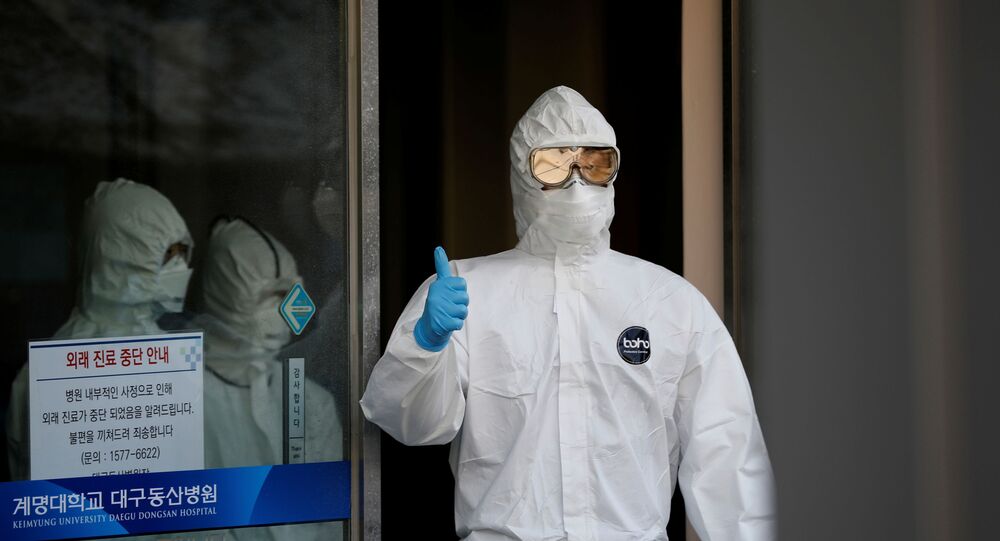 Number of Coronavirus Cases in South Korea Rises to 6,284, Deaths Increase to 42

South Korea remains one of the countries affected most by novel coronavirus (COVID-19) outside China, where the virus originated last December and has since spread to at least 85 countries, according to the latest data provided by the World Health Organisation.

The number of people infected with coronavirus in South Korea has risen to 6,284, the Korea Centers for Disease Control and Prevention said on Friday. At least 42 have died so far, it added.

"The Centers for Disease Control and Prevention (CEO Eun-Kyung Chung) said that as of 6 March, the total cumulative number of patients [confirmed with coronavirus] was 6,284, of which 108 were released", the statement said.

According to the latest data, out of 518 new cases, 367 were identified in the city of Daegu, the fourth-largest city in the country and where the outbreak is believed to have originated. 123 more cases were registered in Gyeongbuk province, and the rest were identified in other regions of the country.

A total of 21,832 people are waiting for test results.

Due to the outbreak, the authorities have raised the highest level of alert in the country. Schools remain closed until 23 March.

The coronavirus outbreak in South Korea is traced back to the Shincheonji Church of Jesus. One of its branches in the city of Daegu was identified as a hotbed for COVID-19 after hundreds of its followers tested positive for the virus and thousands were told to self-isolate.