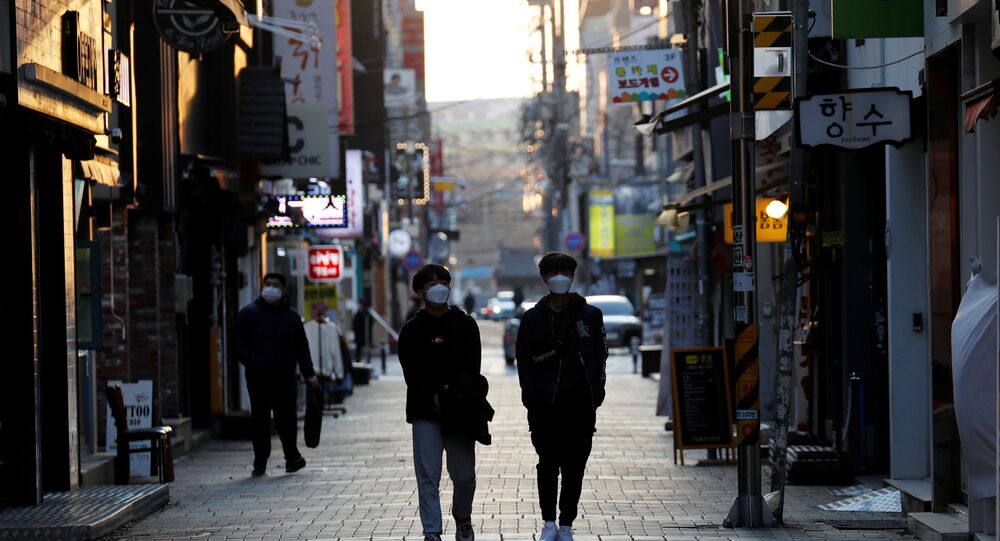 The number of people infected with the novel coronavirus in South Korea has reached 5,766, the Korea Centers for Disease Control and Prevention said on Thursday. At least 35 have died so far, it added.

"The Centers for Disease Control and Prevention (CEO Eun Eun-kyung) said that as of 5 March , the total cumulative number of patients [confirmed with coronavirus] was 5,766, of which 88 were quarantined", the statement said.

320 new cases were registered in the fourth-largest city of Daegu, while 87 were in Gyeongbuk province. The rest were identified in other regions of the country.

88 patients have been discharged from hospitals, and 21,810 more people are awaiting test results.

Due to the rising number of cases, the South Korean authorities have raised the highest level of alert in the country. Classes at schools have been suspended till 23 March.

The coronavirus outbreak in South Korea is traced back to the Shincheonji Church of Jesus. One of its branches in the city of Daegu was identified as a hotbed for COVID-19 after hundreds of its followers tested positive for the virus and thousands were told to self-isolate.

The outbreak of pneumonia caused by a new strain of coronavirus was first registered in the Chinese city of Wuhan, Hubei province, and has since spread to at least 76 countries, according to the latest data provided by the World Health Organisation (WHO).