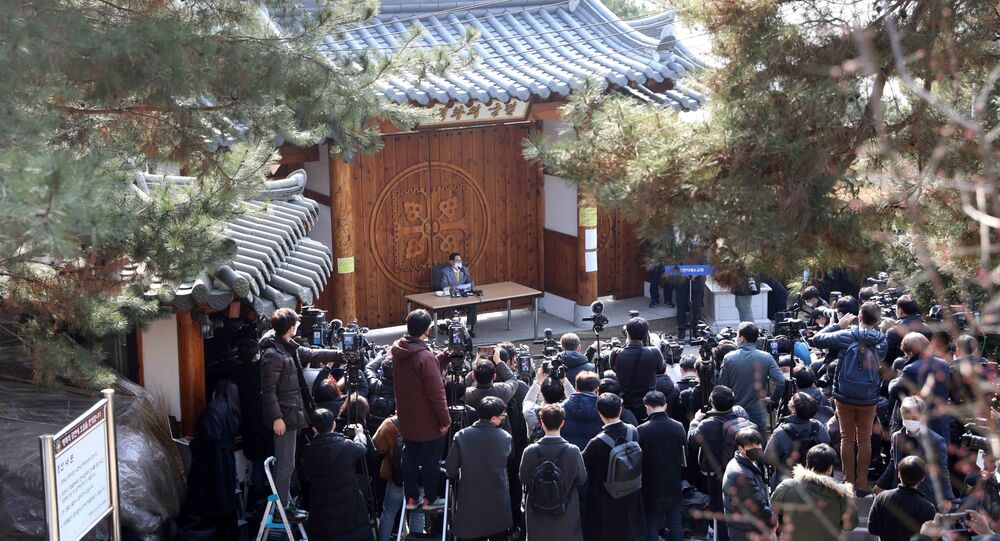 Companies are warning of legal action over false rumours that their artists and actors are part of a sect that is accused of violating coronavirus prevention measures.

More and more South Korean artists are becoming the victims of false rumours in the online community related to COVID-19. The artists’ agencies have made statements that they will take strong legal action against malicious comments and false rumours regarding celebrities being affiliated with the “Shincheonji” religious sect, which is allegedly responsible for the coronavirus outbreak in the country.

The wave of responses comes after a list titled "Famous celebrities who are Shincheonji believers, who allegedly were involved in the sect" emerged online and spread on social networks. The original source of the list, however, is unknown.

Names stars such as Lee Dong-wook, Kim Go-eun, Yoo Jae-seok, and Lee Kwang-soo were mentioned in the list, so the stars have been accused of having connections to the sect, but these accusations are baseless, their agencies say. In particular, it is a well-known fact that Yoo Jae-suk, who is with FNC Entertainment, is a Buddhist. Meanwhile, the King Kong agency, owned by Starship Entertainment, released a statement regarding Lee Dong-wook, saying that they plan to take legal action against accusations made without merit.

The religious sect Shincheonji Church of Jesus shook the media space in late February, as its branch in the city of Daegu, South Korea was identified as a hotbed of the COVID-19 respiratory disease after hundreds of its followers tested positive for the coronavirus and thousands were told to self-isolate.

South Korea has the second most infections after China, having surpassed 5,300 cases of the disease and 28 deaths from the virus.

South Koreans have filed an online petition with the presidential administration demanding that the Christian sect behind the recent spike in the coronavirus cases be shut down.