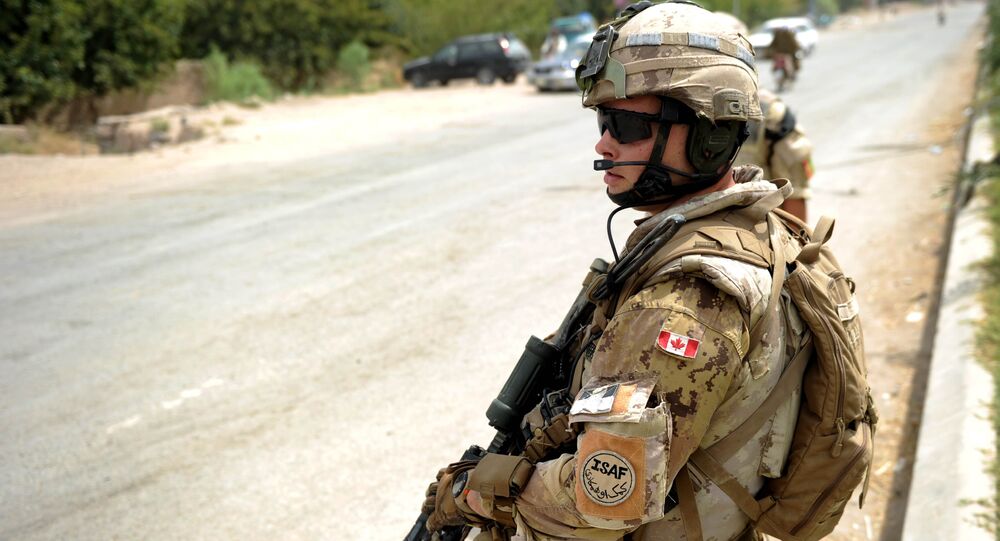 The news comes after American officials and the Taliban movement signed a peace agreement in the Qatari capital of Doha, stipulating foreign troop withdrawal from Afghanistan.

US forces carried out an airstrike against Taliban militants on Wednesday, USFOR-A spokesman Colonel Sonny Leggett announced on Twitter. According to the statement, it was a defensive measure, as the Taliban resumed operations against Afghan forces earlier this week. He also noted that the movement's forces conducted 43 attacks on Afghan troops on Tuesday in Helmand.

The US conducted an airstrike on March 4 against Taliban fighters in Nahr-e Saraj, Helmand, who were actively attacking an #ANDSF checkpoint. This was a defensive strike to disrupt the attack. This was our 1st strike against the Taliban in 11 days.

This is the first time US forces have carried out airstrikes against the militants since the sides signed an agreement in Doha.

To be clear- we are committed to peace, however we have the responsibility to defend our #ANDSF partners. #Afghans & US have complied w/ our agreements; however, Talibs appear intent on squandering this opp. and ignoring the will of the people for #peace. #Showyourcommitment

Reports previously suggested that the Taliban had attacked two checkpoints in the city of Kunduz, killing at least 20 Afghan soldiers and police officers.

Shortly thereafter, the Russian Foreign Ministry stated that the airstrikes breached the deal between the Taliban and Washington as the movement did not technically violate the agreement signed in Doha.

"This clearly violates the Doha agreement, because the Taliban did not take any obligations toward the Afghan government, but only to the United States and they have not violated them so far", Russian presidential envoy to Afghanistan Zamir Kabulov stressed.

The incident occurred despite a considerable lull in tensions during the week after the Taliban and the United States struck a peace agreement on Saturday.

The deal envisages a phased withdrawal of US troops. Up to 5,000 Taliban prisoners are expected to be released from prisons by 10 March, while US forces are set to be slimmed down to 8,600 in the next 5 months. In return, the Taliban promised to prevent terrorist organisations from using Afghan territory to threaten the security of the US and its allies.

The talks between the militants and the US, aimed at ending the 18-year conflict in Afghanistan were launched in 2018. The negotiations, however, collapsed in September, after the Taliban claimed responsibility for an attack that killed an American serviceman in Kabul. Following a series of clashes in Afghanistan, the parties resumed talks, and signed a deal, with the next round of negotiations supposed to begin on 10 March.