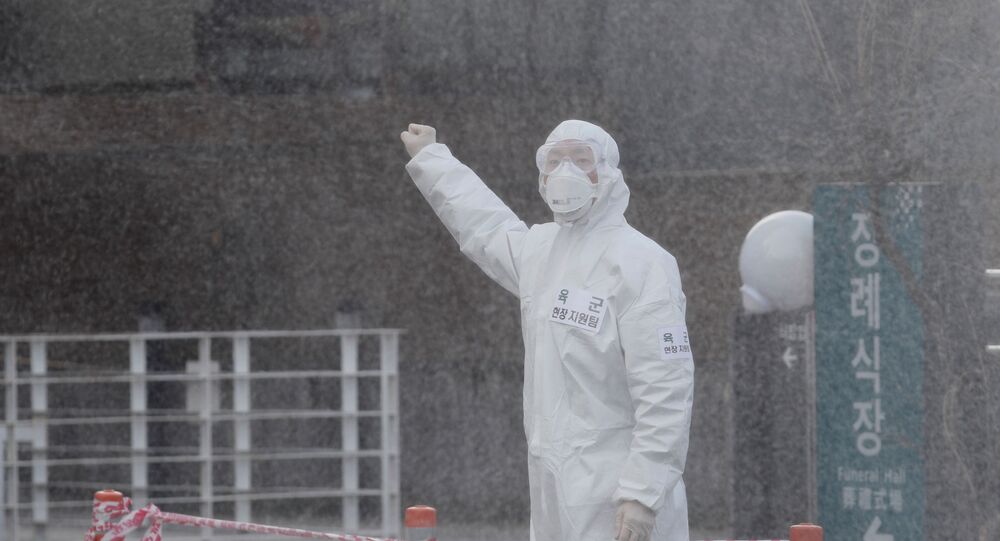 Number of Coronavirus Cases in South Korea Rises to 5,328, 32 Died

The outbreak of pneumonia caused by a new strain of coronavirus (COVID-19) was first registered in the Chinese city of Wuhan, Hubei province, later spreading to at least 72 countries, according to the WHO. Outside China, Italy, Iran, and South Korea have been most affected by the new disease.

516 new patients have been confirmed with novel coronavirus in South Korea, bringing the total number of cases to 5,328, the Korea Centers for Disease Control and Prevention said on Wednesday. 32 people have died, it added.

"The Centers for Disease Control and Prevention (CEO Eun Eun-kyung) said that 516 [new patients] were confirmed from 3 March to 4 March 2020, and the total number of confirmed patients was 5,328", the statement said.

Out of 516 new cases 405 were identified in Daegu only, the county's fourth-largest city and the epicentre of the outbreak in the country, which is traced back to the Shincheonji Church of Jesus. A parishioner of the church in Daegu is believed to have contracted the infection and spread it among other visitors.

The total number of people infected in Daegu has reached 4,006.

Due to the rising number of cases, the South Korean authorities have raised the highest level of alert in the country. All schools have suspended classes till 23 March.