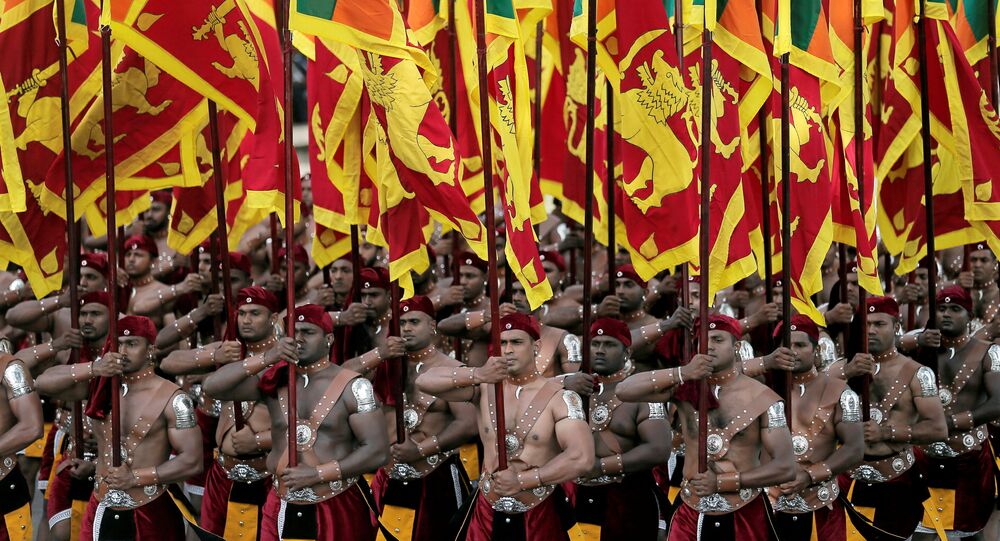 New Delhi (Sputnik): The Millennium Challenge Cooperation Agreement was approved by the previous government of Ranil Wickremesinghe in the last year of his tenure but he was unable to get approval from Parliament, evoking widespread resistance among people who believed it compromised the nation’s sovereignty.

Overturning theRanil Wickremesinghe government's decision on American aid to Sri Lanka, the Gotabhaya Rajapaksa cabinet has decided not to sign a $480 million development assistance programme with the United States, claiming that it would have repercussions for national security.

This is in direct contrast with claims made by the Wickremesinghe government who approved the project citing benefits for the island nation's 11 million people.

Sri Lanka’s Minister of Information and Communications Technology Bandula Gunawardena, while in a briefing for the media, said the decision not to sign the Millennium Challenge Cooperation agreement (MCC) had been taken on the recommendations given by an expert committee set up in December 2019.

The committee submitted its preliminary report to President Gotabhaya Rajapaksa last week in which it raised national security concerns over the agreement. The committee also thinks the agreement is not in line with the Sri Lankan Constitution.

Nevertheless, the minister informed that Sri Lanka is willing to discuss necessary amendments with the US government. The rejection of the American aid programme comes days after the Trump administration put a ban on the entry of Sri Lanka's Army Chief Lt. Gen. Shavendra Silva -who is considered a war hero in the 30-year battle against Tamil terrorism - into the United States on charges of human rights violations.

MCC has been dubbed a "development project aimed at poverty alleviation" by the US but the Sri Lankan people consider it a tool to expand military outreach in the Indian Ocean.

It is alleged that the Wickeremesinghe government tried to change the land policy last year in a bid to receive payment under MCC but it was later withdrawn after receiving criticism from the country’s apex court in 2019. The State Land (Special Provisions) Bill was proposed to bring state-owned land into a "land market" to transfer it to investors including foreigners to develop infrastructure.

It was feared that the US might try to purchase the land and develop infrastructure useful for the American military in the Indian Ocean Region.

The US signed crucial defence-related agreements - the Acquisition and Cross Service Agreement ACSA) in 2017, and the proposed Status of Forces Agreement (SOFA) - during the favourable government of Ranil Wickremesinghe. Gotabhaya Rajapaksha who defeated Wickremesinghe in the November 2019 presidential election had made it clear in the run up to the election that he would review the MCC if his party returned to power.