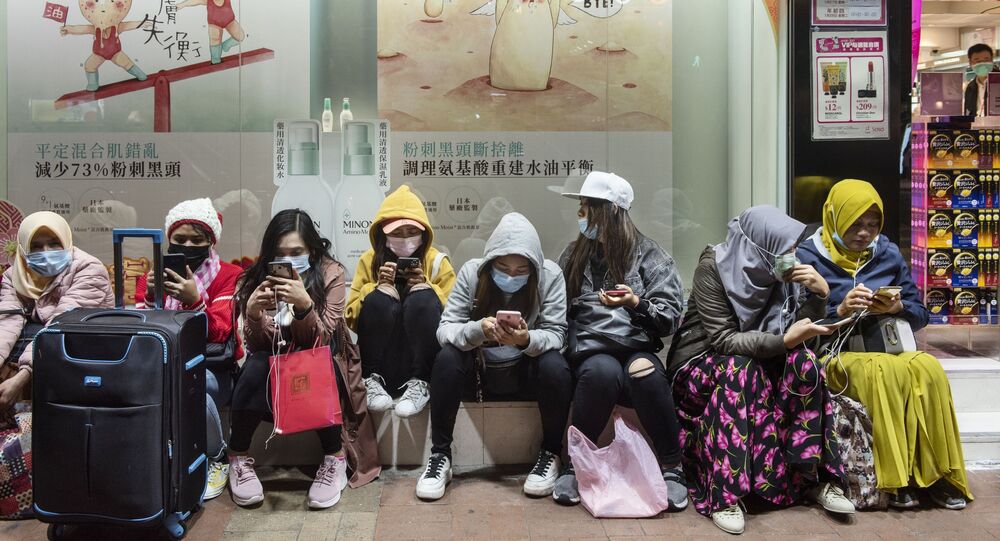 The Hong Kong government on Wednesday announced it would give its adult permanent residents $1,280 each as a financial relief measure amid the COVID-19 coronavirus outbreak.

In a speech announcing the new measure, the city’s Financial Secretary Paul Chan acknowledged that it is “overwhelmed by a heavy atmosphere,” the Asia Times reported.

“After careful consideration, I have decided to disburse HK$10,000 [$1,280] to Hong Kong permanent residents aged 18 or above, with a view to encouraging and boosting local consumption on the one hand, and relieving people’s financial burden on the other,” Chan said, the Asia Times reported.

However, the cash handout will only be provided to adult permanent residents in Hong Kong. Minors, migrant workers and new immigrants are excluded from the handout - a decision that has been criticized by Ben Chan Han Pan, a lawmaker with the Democratic Alliance for the Betterment of Hong Kong, and Democratic Party lawmaker Wu Chi Wai.

The cash handout is part of Hong Kong’s $15 billion scheme to counter the negative economic impacts the virus has had on the city. According to the BBC, many sectors of Hong Kong’s economy, including restaurants and travel operations, have been negatively impacted during the coronavirus outbreak.

The latest figures by the Johns Hopkins Center for Systems Science and Engineering indicates there are currently 89 COVID-19 cases in Hong Kong. Two people in the country have died as a result of the virus.

The government’s scheme will also include cuts to profit taxes and personal taxes, as well as subsidies for businesses and underprivileged members of society, the Asia Times reported.

Chan also announced in his speech that Hong Kong’s budget deficit is expected to spike to around $18 billion by 2021, according to the BBC.

In addition to the coronavirus, the 2019 Hong Kong protests have also caused the economy to suffer. The sometimes violent demonstrations erupted in early June 2019 after authorities announced they were considering making amendments to a bill that would allow the semi-autonomous Chinese city to extradite suspects to jurisdictions with which it did not have extradition agreements, including mainland China. The bill was eventually withdrawn in October 2019.