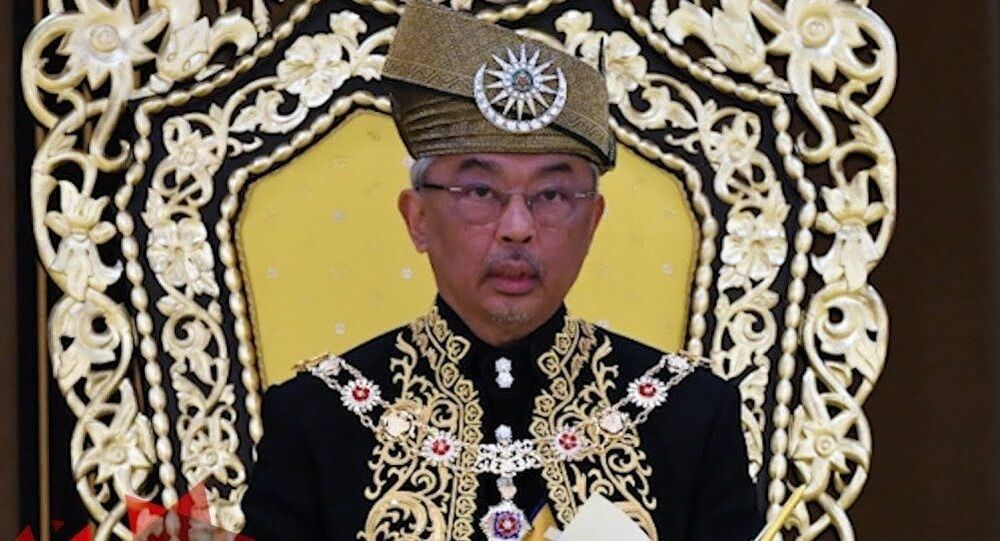 BANGKOK (Sputnik) - The official successor to the Malaysian prime minister from the dissolved ruling coalition, Anwar Ibrahim, urged politicians and citizens to wait for the king’s decision on the next prime minister’s appointment, Malaysia's The Star newspaper reported on Wednesday.

According to the media outlet, Ibrahim told reporters at a press conference to wait for the king’s final decision, which would solve the current political crisis.

"We should respect his [king’s] decision as it will be made based on the country's constitution and laws," The Star newspaper quoted the politician as saying.

Ibrahim, who was supposed to replace Mahathir as prime minister in 2020–2021, also said that the Pakatan Harapan coalition, which had become much smaller in size, had elected him as a candidate for the post.

© AP Photo / Annice Lyn
Malaysia PM Turns to Diplomacy As India Restricts Palm Oil Imports Over Kashmir Remark
The constitutional monarch of Malaysia, Abdullah of Pahang, will first discuss the crisis with representatives of all political parties. The king has already held meetings with each member of the Malaysian parliament individually.

On Monday, Malaysian Prime Minister Mahathir Mohamad tendered his resignation to the king of Malaysia and resigned as co-chair of the Pakatan Harapan ruling coalition in a move aimed to bring down the fragile coalition government and lift Mahathir's obligation to hand over power to his coalition partner, Ibrahim. Mahathir, 94, will serve as interim prime minister until the new government is formed.