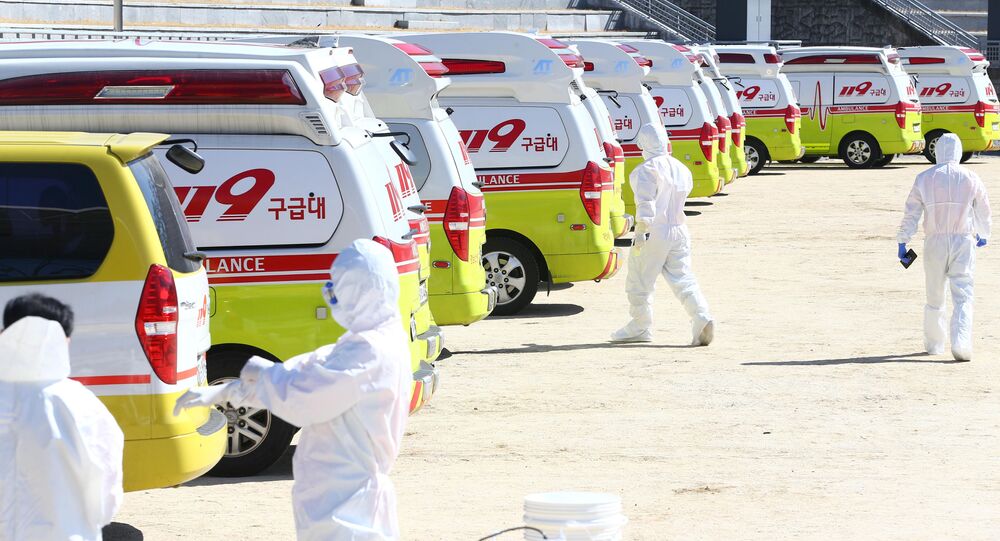 Health officials in South Korea are planning to test more than 200,000 followers of a secretive church after it was determined that about 60% of the country’s COVID-19 coronavirus cases were linked to the church, which is regarded by many as a cult.

With at least 977 cases of coronavirus reported in South Korea as of Tuesday, the country has maintained its position as the nation with the most confirmed cases of the disease outside of mainland China. On Sunday, South Korean President Moon Jae In raised the country’s alert level to “grave” - the highest level possible - and urged health officials to take “unprecedented powerful measures,” according to the AFP.

Of the 977 COVID-19 cases confirmed in South Korea, over 80% have been in the city of Daegu and the surrounding North Gyeongsang Province. The Guardian reported Tuesday that over 60% of those infected have been linked to the Shincheonji Church of Jesus, and as a result, health officials will begin testing the nearly 215,000 followers of the church, according to a statement from the office of South Korean Prime Minister Chung Sye Kyun.

“We have constantly requested the list [of members’ names] based on our assessment that it is essential to test all of the church members in order to contain the spread of the virus and relieve public anxiety,” the statement read.

Vice Health Minister Kim Kang Lip noted that officials’ top priority is to test 1,300 of the 9,200 Shincheonji members that are exhibiting symptoms by Wednesday.

“We will make utmost efforts with the goal of stabilizing the situation in Daegu within four weeks,” he added during a Tuesday briefing, reported the AFP.

Shincheonji is regarded as a doomsday cult by many mainstream churches in the country due to its secretive nature and founder Lee Man Hee’s assertion that he is the second coming of Jesus and will take 144,000 followers to heaven on Judgment Day.

Sputnik reported last week that the church had temporarily shuttered the doors of its branch in Daegu. However, Moon announced on Sunday that the government had ordered the closing of all Shincheonji churches in the country, noting that it was “a fair and inevitable step” in favor of public health as the coronavirus crisis in South Korea had entered into a “totally different phase since the mass infection at Shincheonji,” reported the Washington Post.

According to the Korea Herald on Monday, a petition calling for the dissolution of the church has gained over 552,000 signatures since its Saturday posting. The Blue House is expected to officially respond to the matter in the coming days, as the petition has met the required threshold of 200,000 signatures in one month.

Lee and Shincheonji have maintained that the followers of the church are the true victims, and in an online letter, the self-proclaimed messiah noted that his church has “been actively cooperating with the government to prevent the spread of the virus and overcome the outbreak,” reported the AFP.