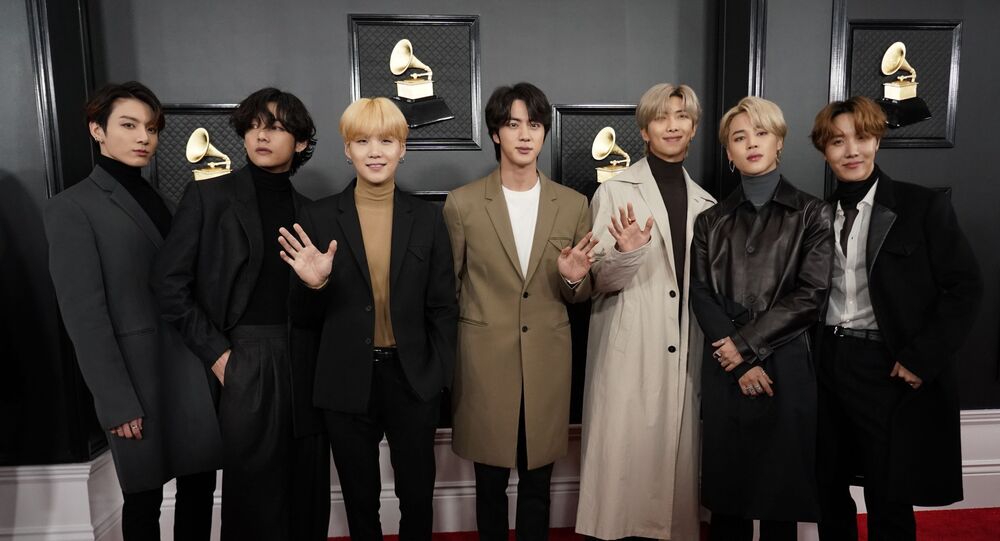 The Band That Conquered the World: BTS New Album is #1 on iTunes in 91 Countries

The new album 'Map of the Soul: 7' was released on 21 February along with the 'On' Kinetic Manifesto Film: Come Prima.

Immediately after its release, the Bangtan Boys' (BTS) fourth studio album - 'Map of the Soul: 7' - was ranked first on iTunes in 91 countries across the globe, including the US, Canada, UK, France, Italy, Russia, India, Singapore, Japan, Brazil and India.

In addition, the title song 'On' ranked #1 in iTunes 'Top Song' in 83 countries while BTS' performance centered music video published on YouTube reached more than 55 million views in just 24 hours.

The first live performance of the lead track 'On' will be on The Tonight Show Starring Jimmy Fallon, which will be broadcast on the US NBC channel on 24 February.

The K-Pop phenomena is winning across all formats -  not only in digital - with the online realtime sales charted Hanteo noting that On sold close to 3 million copies within the first four days of its release.

Their previous work, Map of the Soul: Persona, sold 1.13 million copies in a week after its release, the highest first week sales for an album ever. But the new release broke that record in just two hours

You can’t sit and listen to EGO, ITS IMPOSSIBLE😂#7PARTYON @BTS_twt pic.twitter.com/FWmQ1phhnz

They deserve the world because they are our world 🌎
They bring us happiness and comfort, they saved us in so many ways.
Thank you @BTS_twt 👑💜#7PartyON pic.twitter.com/9VN8W4HzrR