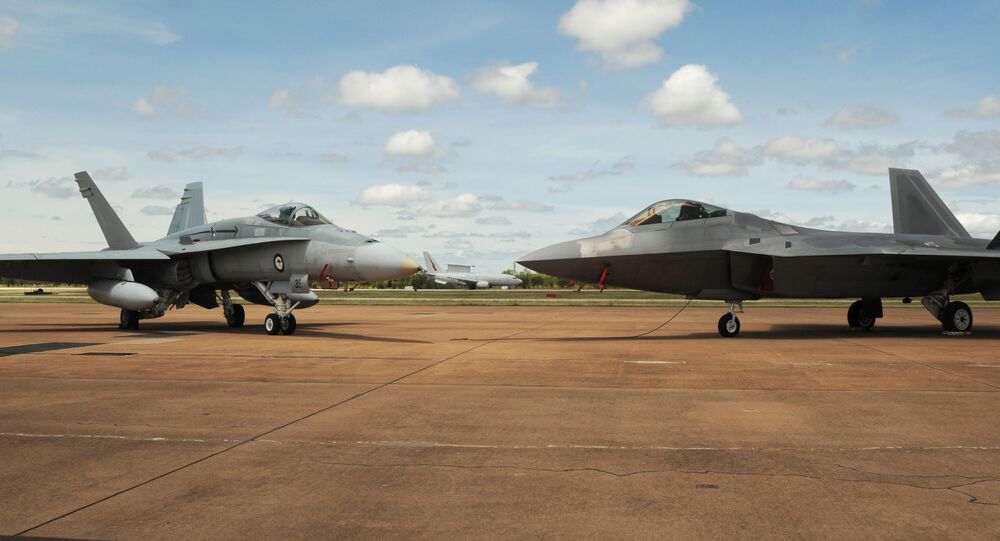 Australian Prime Minister Scott Morrison announced Friday that the Royal Australian Air Force (RAAF) military air base in Tindal, Australia, will receive a major upgrade over the next several years in an effort to provide both Canberra and Washington a leg-up in the region.

Previous reports that Australia’s strategic Northern Territory air base would be undergoing an extensive upgrade were confirmed on Friday as the prime minister spoke with reporters in Katherine, Australia, some 15 kilometers from the base.

“It will be integral to our alliance with the United States, and [will] increase the reach of Air Force capabilities in the Indo-Pacific,” Morrison said, as reported by Australian Aviation. The outlet noted that RAAF Base Tindal is expected to be the home of 72 F-35 Joint Strike Fighter jets, as well as long-range bomber jets.

“As part of these upgrades, RAAF Base Tindal will be able to deliver enhanced air-to-air refueling and air support capabilities, ensuring we can support critical ADF [Australian Defense Force] operations — everything from air combat missions through to responding to natural disasters both at home and throughout our region,” the prime minister asserted on February 21.

This upgrade, slated for completion by 2027, would be RAAF Base Tindal’s first since 1984.

It was previously noted in an October 2019 news release by Australian Defense Minister Linda Reynolds that the Pentagon had pledged to invest billions of dollars in efforts to make significant upgrades to the facilities in the Northern Territory.

“Around $8 billion will be invested over the next decade in new and upgraded facilities in the Northern Territory,” Northern Territory Senator Sam McMahon said in the release, noting that the “local economy” would also benefit from the defense expansion. According to Australian Aviation, 25% of Katherine’s 10,000-person population is employed by the facilities.

Reuters reported that Morrison rejected suggestions that the upgrade in the Northern Territory, Australia’s closest region to China, is being made with Beijing in mind.

At the same time, Australia has recently stepped up its military ties with the US. Just last year, some 34,000 troops from the US Air Force, US Marine Corps, Australian Army and RAAF came together for Exercise Talisman Sabre 2019. Additionally, Australia has expressed interest in acquiring surveillance drones from General Atomics - on top of the six Northrop Grumman MQ-4 Triton drones it already obtained for the purpose of surveillance in the South China Sea.