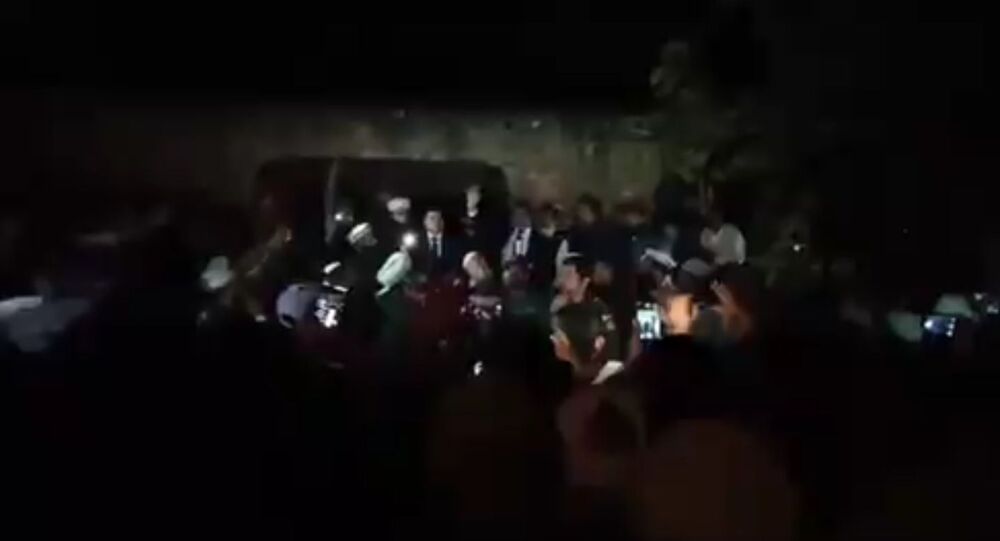 New Delhi (Sputnik): The Ahmadiyya Muslim community accounts for 0.22% (457,102) people in Pakistan and 1% in the world. The community was ousted by the Pakistani government in 1974. They were declared non-Muslim under Ordinance XX. The Ahmadis cannot identify themselves as Muslims or worship at mosques used by mainstream Muslims.

Amid often-reported incidents of persecution of minorities in Pakistan, a fresh case of alleged vandalisation of their place of worship has triggered a sharp response from the community.

Ahmadiyya or Ahmadiyya Muslims, an Islamic revival or messianic movement in Pakistan, have accused majority Muslims of occupying and vandalising their 100-year-old place of worship.

“A mob broke into the place of worship at 2 pm on 6th February 2020 by breaking the lock. The CCTV cameras were damaged. A large contingent of police arrived soon after but the administration didn't take any action against the vandalism & looting. Instead sealed the premises", tweeted a spokesperson for the Ahmadiya organistion in Pakistan.

A 100 year old Ahmadiyya Place of Worship in Khrepar, District Qasur is unilaterally occupied by the miscreants who are hell bent on destroying the peace of area. At the same time the local administration (police & civil) have decided to hand it over to non Ahmadis. pic.twitter.com/XoOkr4owYw

In a video shared by Saleem-ud-Din, spokesperson for the Ahmadiyya organisation, a man can be seen promising the crowd that in two to three days an order would be issued so that the mosque can be used by mainstream Muslims.

“The mosque is under the custody of police for two days, after two days an order would be passed and Muslims will get the right of the mosque to offer prayers and a name would be allotted to the mosque", said the unidentified man in the video as the crowd cheered.

The video has outraged people in the country who are now questioning human rights violations and persecution of minorities.

Shameful strong arming of minorities, our fellow Pakistanis. Everyone who raises concerns over #Indian action in #Kashmir should first speak to protect atrocities within our own borders. This is against the philosophy of Islam. #Pakistan https://t.co/pBJ4VEVJDV

Another worst incident took place in Khrepar Dist. Qasur pakistan. @ImranKhanPTI open your eyes for #Ahmadiyya minorities in Pakistan. How many times you ignore it. @narendramodi @UN

The Ahmadiyya community has allegedly faced years of persecution for its beliefs, which are rejected by followrs of mainstream Islam who believe that the Prophet Muhammad is the final prophet. The Ahmadiyya, on the contrary, reject this belief and consider Mirza Ghulam Ahmad, founder of the sect in 1889, as their messiah and believe that he was a prophet after Prophet Mohammad.