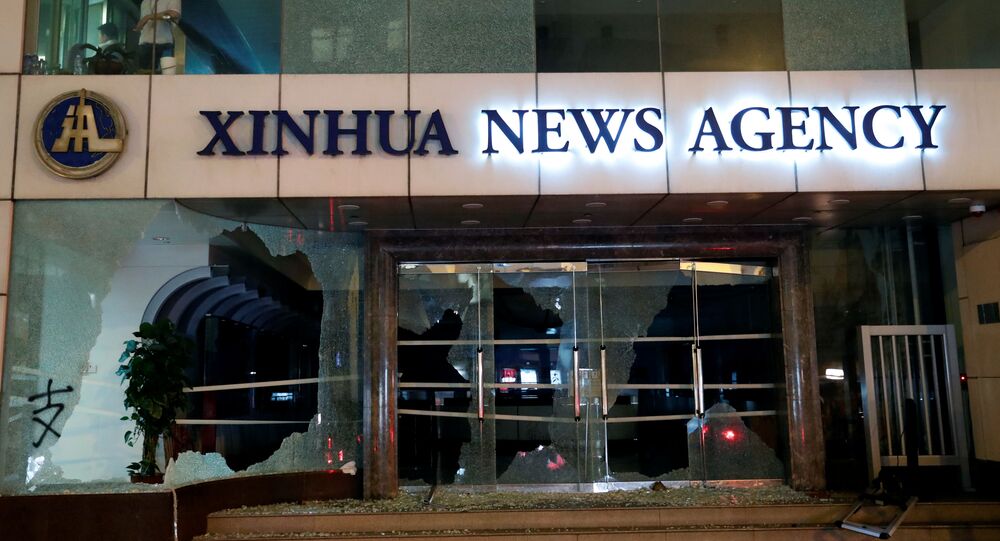 While the US criticises China for "suppressing freedom of speech", Washington is actually authorising espionage activities against Chinese media on US soil, said Chinese experts, as the US State Department announced it would designate five Chinese media outlets as foreign missions.

The Trump administration said on Tuesday that it will begin treating five major Chinese state-run media entities - the Xinhua News Agency, China Global Television Network, China Radio International, China Daily Distribution Corp. and Hai Tian Development USA, Inc - with US operations the same as foreign embassies, requiring them to register their employees and US properties with the US State Department, Reuters reported.

Shen Yi, head of Fudan University's Cyberspace Governance Research Institute, told the Global Times on Wednesday that although the US side didn't say it directly, this move actually identifies Chinese media outlets and their employees in the US as "proxies or agents of foreign governments," which means US intelligence agencies are authorized to conduct spying activities against them.

"Not only will this affect the activities of Chinese journalists in the US, but also US citizens legally employed by these Chinese media outlets, and the US interviewees who communicate with Chinese media could also be targeted by the FBI and CIA", Shen said.

"Tensions between the two superpowers have escalated since President Donald Trump came to office three years ago, with disputes ranging from trade tariffs to accusations of Chinese spying in the US and to US support for Taiwan", Reuters reported.

It is not hard to imagine who came up with this idea, Shen said, adding: "Mike Pompeo, the head of the US State Department, who was once director of the CIA, is a man whose brain is filled with a Cold War mentality".

When the US lectures or accuses China on the issue of "freedom of speech", Washington is doing nasty and terrible things to contain Chinese media outlets trying to express their voice in the US, and this is truly ironic and hypocritical, said Chinese experts.

The five entities' US operations will have to disclose their personnel rosters and hiring and firing decisions, and register properties in the US that they rent or own with the State Department, the officials with the US State Department were quoted as saying.

They will also have to seek advance approval before they lease or purchase new US properties, they said to Reuters.

An anonymous US official interviewed by CNN also pointed to the 2017 National Security Strategy, which identified great power competition as a central focus and China as one of the US' main competitors, along with Russia.

No official could explain why Russian state-owned media outlets operating in the US were not being designated as well, CNN reported. Chinese experts noted that this could also be seen as a trick to drive a wedge between China and Russia.

In 2017, Russian media outlet RT America was forced by the US government to register as "foreign agent".

This article was oroginally published in The Global Times