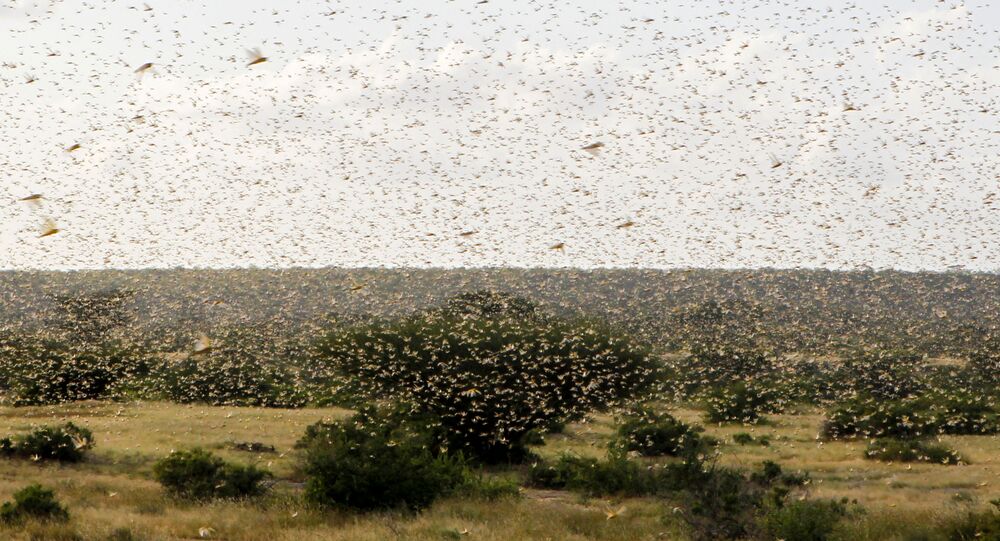 New Delhi (Sputnik): Pakistan declared a national emergency after the nation’s worst locust onslaught in two decades, which battered 40% of the crops in the country, which is already grappling with its highest inflation rate in 12 years.

After considering importing insecticides from India, Pakistan may get neighbouring China's help in fighting one of its worst locust outbreaks by importing pesticides.

China has said that it is considering aerial and pesticide support for Pakistan to help deal with its locust crisis after the country's food ministry informed the Chinese government of its urgent relief requirements, as per media reports.

Chinese ambassador Yao Jing offered assistance to Pakistan as it is interested in the increased import of agricultural products like onions, potatoes and meat from Pakistan and a high-level meeting on the matter is expected in May 2020.

Islamabad also considered the import of pesticides from India, making an exception to the seven months of trade suspension with its arch-rival after India revoked the decades-old special status of the former state of Jammu and Kashmir on 5 August 2019.

Help from India over the outbreak was the key item on the agenda of a meeting chaired by Pakistani Prime Minister Imran Khan, attended by federal ministers and senior officials of the country's four provinces.

Current crop loss due to the locust invasion is expected to cripple the food sector in Pakistan in the upcoming several months as the country is battling with skyrocketing flour and sugar prices.

More than 8,000 hectares of land have already been treated with pesticides to deal with the locust invasion in Pakistan, as per the United Nations Food and Agriculture Organisation (FAO).