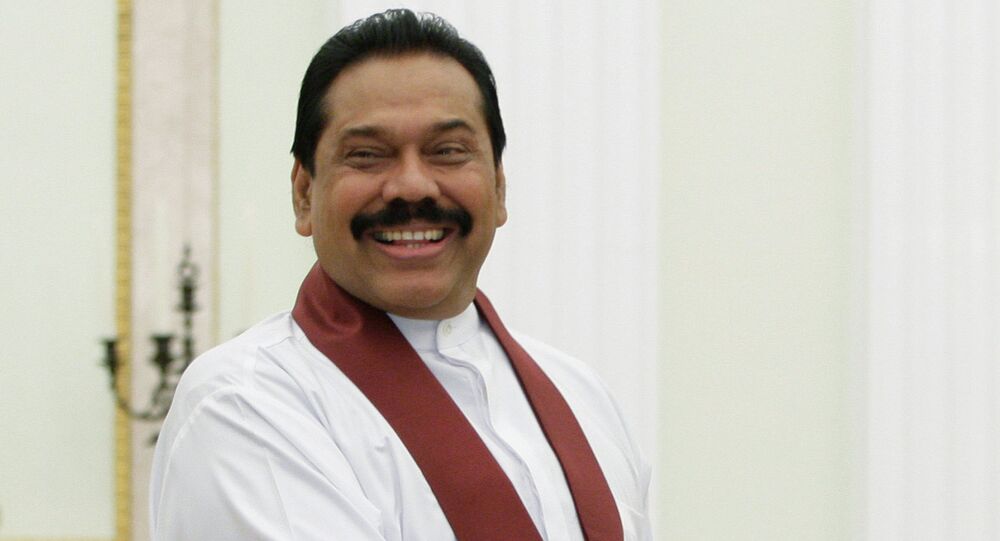 New Delhi (Sputnik): Sri Lanka’s relationship with the United States had strained after the new government of President Gotabaya Rajapaksa ordered a review of a $480 million development assistance grant to the island nation. Another irritant was Washington’s ban on the Sri Lankan army chief over accusations of war crimes.

Sri Lanka has decided to withdraw from the United Nations Human Rights Council (UNHRC) resolution on War Crimes, co-sponsored by the previous government in 2015 and 2019.

The decision to withdraw from the world body's resolution appears to be fallout over the US decision to bar Sri Lankan Army Chief, Lieutenant General Shavendra Silva over accusations of human rights violations including extrajudicial killings in 2009 during the country's civil war.

“The United States of America has prohibited the Commander of the Sri Lanka Army Lt. Gen.  Shavendra Silva and members of his family from entering the US. Even though we are now in the 21st Century, even members of his family who have not been accused of any wrongdoing have been subjected to a collective punishment reminiscent of the practice in medieval Europe,” Sri Lanka's Prime Minister Mahinda Rajapaksa said in a statement on Wednesday.

Sri Lanka had marked its strong objection over the travel ban imposed by the US on Lt. Gen. Shavendra Silva on 14 February. Colombo's Foreign Relations Minister Dinesh Gunawardena had asked the US to review its decision and verify the authenticity of its sources of information.

Thousands of civilians were killed in Sri Lanka's 26-year-long civil war which ended in 2009. Sri Lankan government was accused of using harsh weaponry against Liberation Tigers of Tamil Eelam (LTTE) rebels fighting for a separate homeland. Some of the zones came under heavy shelling by the army.

The previous Ranil Wickremesinghe led government had approved a $480 million development assistance grant from the United States, claiming that the program would benefit the island nation's 11 million people. The deal led to outrage among opposition parties as they suspected it would compromise the sovereignty of the country, and would also facilitate a US military base in the country. After the Gotabaya Rajapaksa government came to power in 2019, he ordered a review of the project, and eventually, the US withdrew from owning or leasing any land under this development assistance grant.