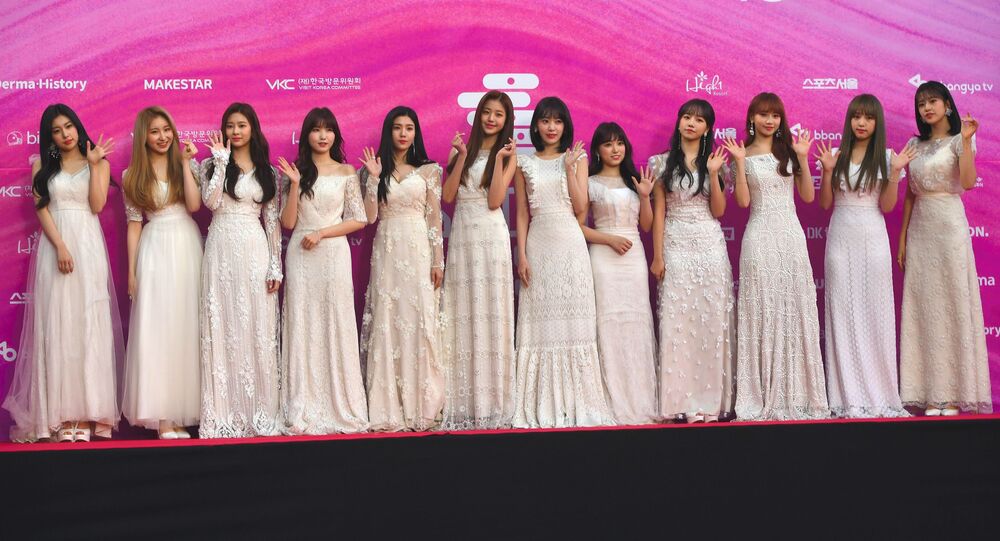 The band broke the record among K-Pop girl groups by selling more than 100 thousand copies of the album on the first day.

IZ*ONE has released a new colourful music video for its comeback single "Fiesta" alongside their first full-length album 'Bloom*Iz' on 17 February; the same day the album was dropped it was ranked first in sales.

The band became the first K-Pop girl group ever to crack the 100,000 copies mark sold in just a day on Hanteo - a national real-time sales counting chart since the chart itself was created. The album has sold more than 135,000 copies so far and it is still counting. This record belonged previously to the K-pop girl band Blackpink with album 'Kill This Love' - they sold around 80,000 copies within the first day of sales.

​The album should have originally been released last November; but the release was postponed due to investigations of vote-rigging during the Mnet's Produce 48 survival show, as a result of which the group was created.

Despite the controversies around the show, tweets, full of admiration and support for IZ*ONE members about its comeback captured the first places in twitter and trended worldwide.

I have no words for the emotions im feeling right now 😭 we can go through this storm n rain to make a beautiful rainbow together. Here is the rainbow we've all been waiting for. Beyond beautiful💞

this ain't just a normal comeback, this is a comébaqué, i love the line distribution, almost all their vocalists got to sing for the chorus, WonKkura as rappers, the centers👌, they properly gave J-lines some lines too, everything here is balanced.#FiestaWithIZONE #IZONE_FIESTA pic.twitter.com/iQsUOvwBR3

102 days since the day we were supposed to see them. 102 days of roller coaster ride of emotions. I'm just so happy & proud being part of this fandom, who never gave up even tho the odds weren't on our side. Now lets enjoy and have the grandest fiesta of our lives!#IZONE_FIESTA pic.twitter.com/8fuMwnrLRB

​On the 23rd of January Mnet announced that it will resume the group's activities in February.

© CC BY 4.0 / Apeachdude / Kang Daniel
K-Pop Star Kang Daniel is Coming Back With New Show
The presales of the first regular album 'BLOOM*IZ' started on the 4th of February and quickly ranked first in the domestic online record site Synnara records, as well as Yes24, Aladdin, Interpark, and the Hot Tracks chart. Ktown4u and Tower Records, which are overseas sales platforms, also ranked the album No. 1 in the online comprehensive pre-sale chart.

Consisting of 12 girls from South Korea and Japan, IZ*ONE debuted in 2018 with the track “La Vie en Rose” and got popular very quickly. They won numerous prestigious awards such as Golden Disk Awards, Melon, V live and others within their first year of activity.