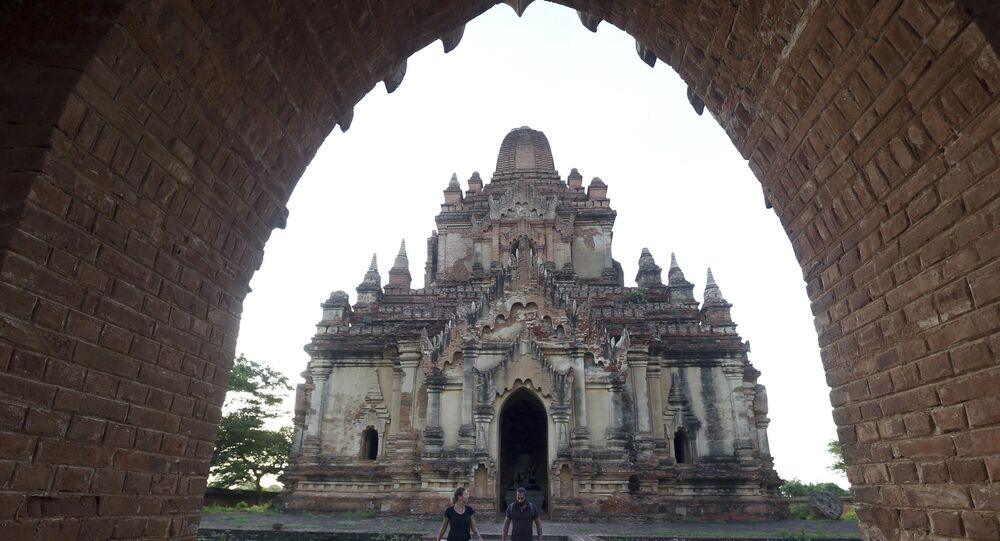 Myanmar's pagodas of Bagan were named a UNESCO world heritage site in 2019. Only 3, 822 temples and pagodas of the original 4,446, built in the plains between the 11th and 13th century, survive to the present day.

A couple sparked indignation in Myanmar on Thursday after a 12-minute pornographic video emerged that was recorded at Bagan, a UNESCO world heritage site and the country’s most lucrative tourist spot, which includes thousands of Buddhist pagodas.

The title of the video, 'Don't get offended by this huge c**shot outdoors,' uses camera pans to reveal a pagoda in the background.

"We're a fun couple, down to earth and open to trying all sorts of new things! We're here to have fun with you!!!" their profile reads.

Bagan’s ancient pagodas are clearly visible in the background of the video, now widely condemned by locals.

“Our Bagan pagodas are the Holy Land,” wrote Mg Khin Gyi on Facebook after viewing the video, adding angry emojis.

"How about f***ing in mosque? your video is kinda like that. Do not give disrespect to other culture", another commenter who had watched the video posted.

A New Fantastic Asia tour company managing director, Tun Tun Naing, criticised the security at Bagan and called for an investigation, according to The Guardian.

Myo Yee, the Mandalay chairman of the Union of Myanmar Travel Association, noted in reaction that tourism has been hit hard by the fear of the Wuhan coronavirus in Asia.

“It’s a difficult time for us because not many tourists are coming here,” he told AFP.

The 12-minute-long video had been viewed almost 250,000 times, boasting a whopping 5,500 dislikes compared to just 2,200 likes as of Thursday evening.