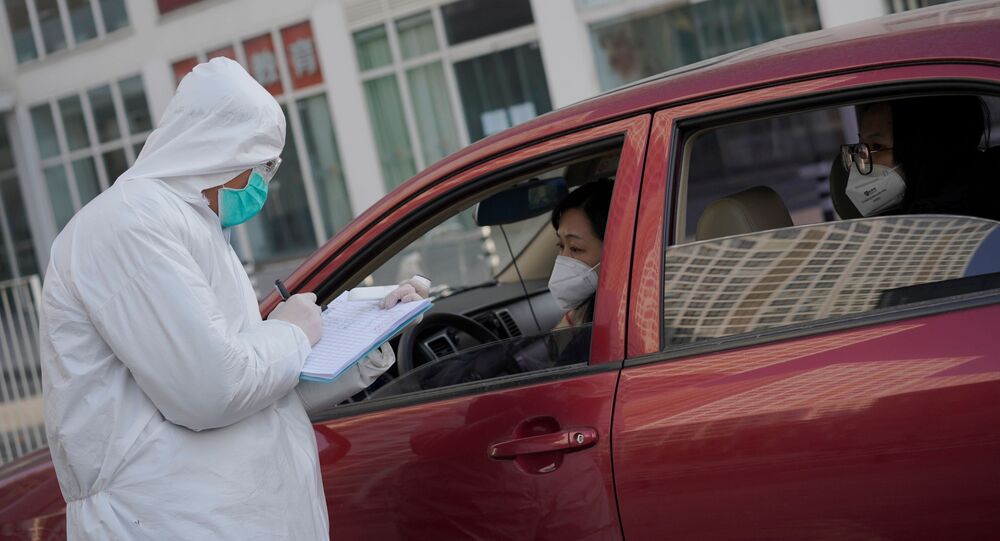 BEIJING (Sputnik) - The novel strain of coronavirus - dubbed 2019-nCoV - was first detected in Wuhan in December and has since spread to nearly 30 countries. The Chinese city of 11 million in the Hubei province has been determined as the epicenter of the outbreak.

The death toll from the novel coronavirus outbreak in China has reached 1,016 people, the number of confirmed cases has risen to 42,638, China's state health committee said Tuesday.

"As of midnight on February 10, the state health committee received information from 31 provinces... about 42,638 confirmed cases of pneumonia caused by the new type of coronavirus, including 37,626 people currently infected (7,333 in serious condition), a total of 3,996 people were discharged from hospitals and 1,016 died", the committee said.

© AFP 2019 / PIERRE ALBOUY
WHO Holds News Briefing on Coronavirus Outbreak - Video
The death count a day earlier was 908. The number of confirmed cases stood at 40,171.

The World Health Organization (WHO) has declared a global health emergency in light of the outbreak.

The WHO has also warned that SARS and MERS coronaviruses have much higher mortality rates than the most recent strain, being 9.56 percent, 34.4 percent, and 2.2 percent respectively.

Officials around the globe have imposed tough measures in a bid to stop the rapidly spreading outbreak. All travelers arriving from China are now screened by special airport health monitors. Those with even slight traces of flu symptoms are reportedly put under a strict quarantine in isolated wards.