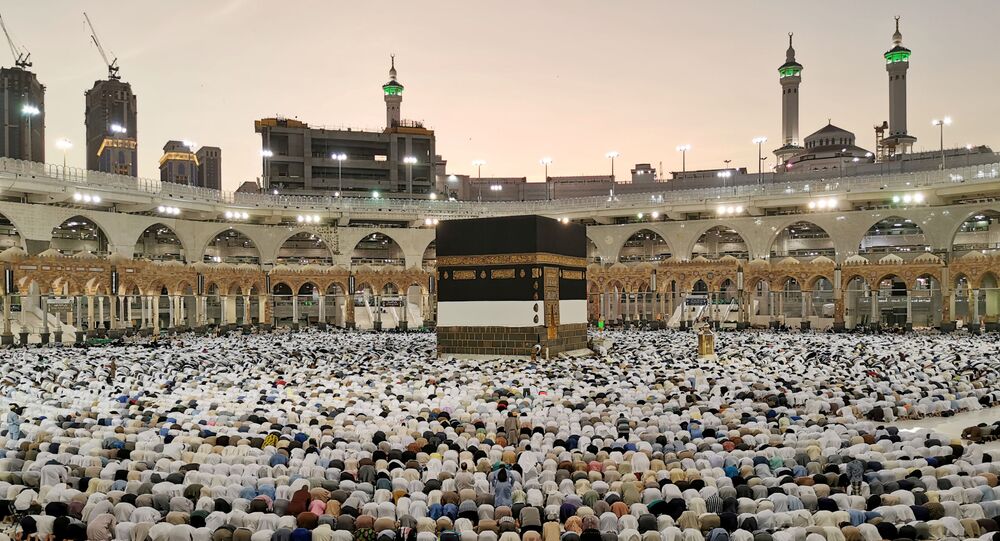 'Not Accepted in the House of God?' Malaysian Transgender Celebrity Apologises After Going to Mecca

The pilgrimage of a controversial Malaysian cosmetics entrepreneur and transgender celebrity to Saudi Arabia’s holiest places have caused some stir among social media users and Malaysian authorities, after several photos from her trip emerged online.

Malaysian transgender, Nur Sajat, has issued a public apology, following an outcry surrounding her religious trip to Mecca, as the blogger has posted several pictures of her pilgrimage to Instagram, posing in makeup and a female prayer garment.

“I apologise on behalf of my parents, my family, and my friends. I also want to apologise to all religious departments, muftis, ustaz, PUs, and ulamas. I am extremely sorry, I had no (ill) intentions”, Nur Sajat said in an emotional video message aired on the Facebook page of Malaysian celebrity and businessman
Aliff Syukri. A translation of her statement was posted by The Sun Daily.

“If I was religiously distant before, do they want me to throw away my faith? I am sad, why aren’t people like me accepted in the house of God?”, the blogger argued.

In the video, Sajat was seen wearing a hijab.

Last week, the transgender celebrity, who is believed to have been born a male, caused a stir on social media after posting several photos from Islam’s holiest places in Saudi Arabia, including the Grand Mosque of Mecca, while wearing cosmetics and female prayer attire.

The photos stirred up a hornet’s nest among the public and provoked outrage from Malaysia’s religious authorities, including Minister for Islamic Affairs Mujahid Yusof who denounced the entrepreneur’s actions and vowed to look into the matter more closely in a bid to “safeguard the interests of Islam and Shariah law”, Bernama reported.

Nur Sajat, 34, is believed to have been registered as Muhammad Sajjad Kamaruz Zaman, according to an alleged copy of her identity card, and is thus required to perform religious services in corresponding attire and according to his/her stated gender.

© CC0
Japanese Transgender Official Wins Lawsuit on Use of Female Toilets at Work - Reports
In 2018, the entrepreneur denied that her official name contained the name Muhammad and was rather “Sajat Kamaruzzaman”, something which remains unverified.

The blogger has around 1.6 million followers and has long sparked controversies among the Malaysian public, due to the prevalence of Islam in the country and the existence of a British Empire-era law on sodomy banning any forms of LGBT activity.